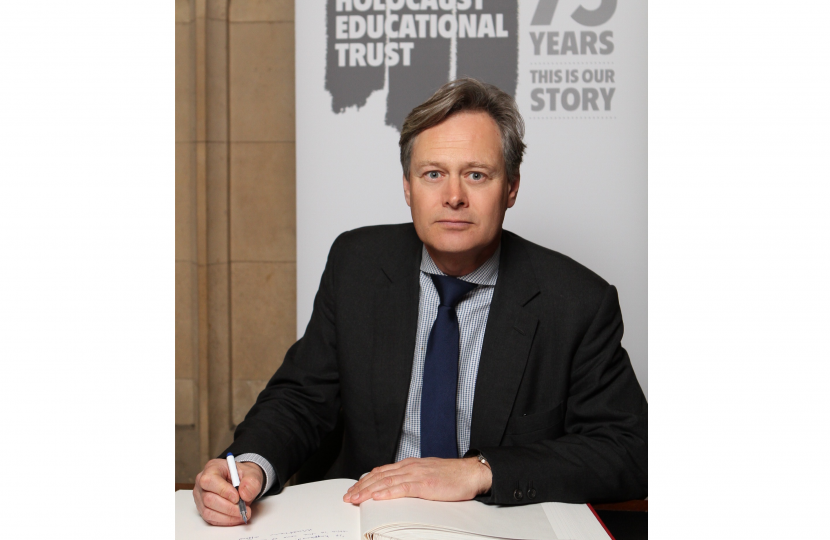 Attending events in Barnet, London and in Parliament, Matthew joined constituents and people across the country in remembering the horrors of the Shoah.

In his speech in Parliament during the official debate on Holocaust Memorial Day, Matthew raised the matter of concentration camps in Alderney and the identification of graves on the island. Matthew also took the opportunity to congratulate Hendon recipients Kurt Marx and Manfred Goldberg, both awarded the British Empire Medal in the New Year's Honours for their services to Holocaust Education.

You can watch Matthew's full speech in the House of Commons here.