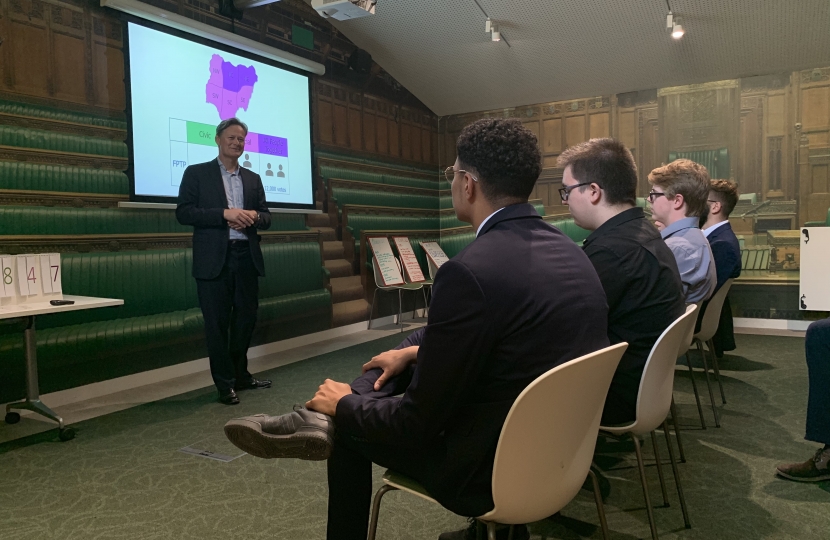 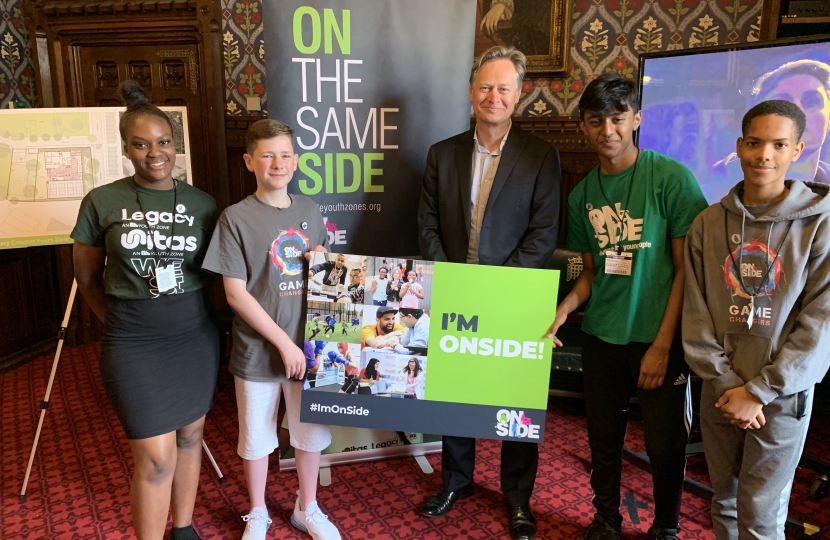 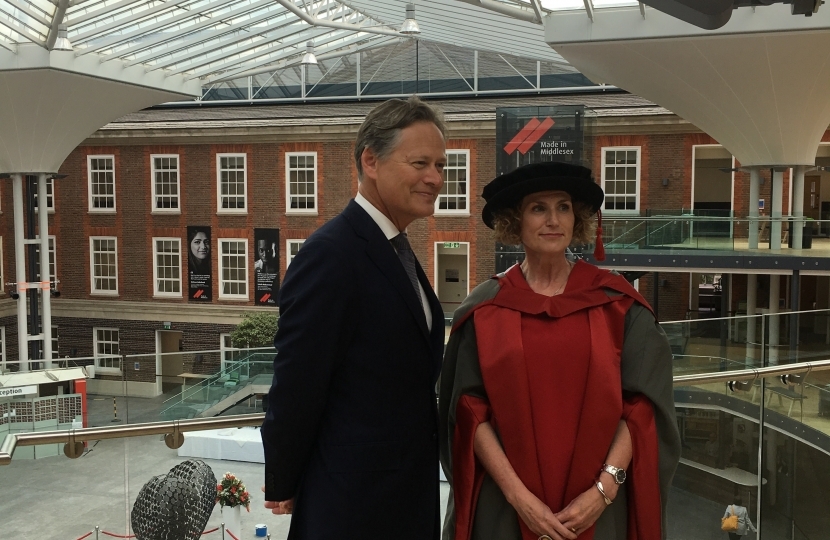 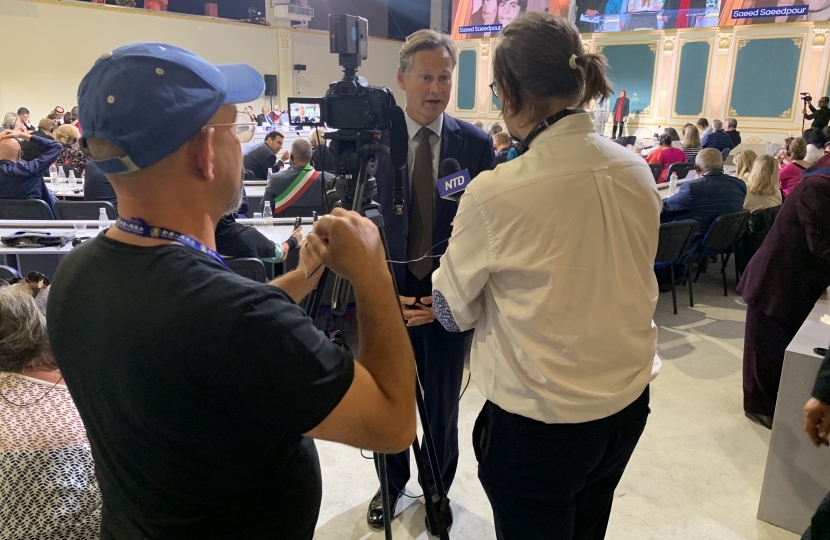 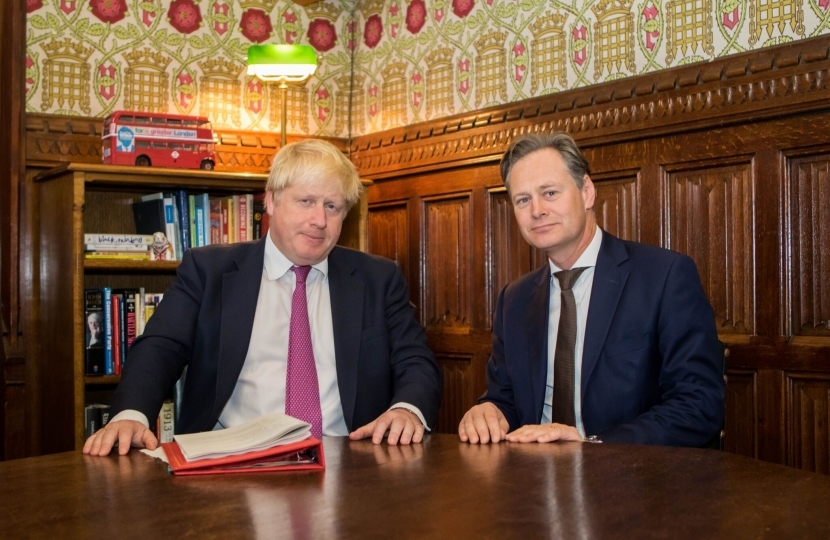 In my role as a member of the Environmental Audit Committee, I joined a working lunch with a delegation of Committee Chairmen from Sri Lanka where we discussed how parliamentary committees hold government to account.

I visited the Sri Jeya Veera Hanuman Temple as it moved to a new address in West Hendon Broadway. The temple is symbolic of the rebirth of West Hendon estate, where the original temple was located.

In the afternoon I was delighted to drop in to see On Side to hear more about their youth zone projects across London, after visiting our newly opened site in Hendon last month.

I regularly speak to pupils from schools across the constituency on their visits to Parliament. It was a pleasure to take questions from Politics A-Level students from Mill Hill County High.

8th July: House of Commons - I asked the Home Secretary, what estimate he has made of the number of work days lost by police officers from sick leave as a result of an assault while on duty.

I met a lobby of Hendon constituents in Parliament who expressed their concerns about the introduction of Off-Payroll tax reforms.

House of Commons – I asked the Secretary of State for Transport, what assessment his Department has made of trends in the level of emissions at train stations.

During a debate on Leasehold Reform in the House of Commons, I took the opportunity to raise the concerns of many constituents regarding leaseholds, freeholds, escalating ground rents and service charges. I drew attention to developments in the constituency such Edgware Green in Edgware, the Pulse development and Beaufort Park in Colindale, Kennyland Court and Brinsdale Court in Hendon.

16th July: Led a delegation to the Free Iran rally in Albania

I led a delegation of British politicians and lawyers to the Free Iran rally at the resistance’s base in Tirana, Albania. The rally was attended by delegates from countries across the world and the British delegation confirmed our support for the  cause of human rights, freedom and democracy in Iran.

18th July: House of Commons – I asked the Secretary of State for Health and Social Care, what plans he has to allocate additional funding to the NHS in increase spending on infrastructure and public health

I am supporting Colindale residents in their opposition to a 21-storey tower block at Beaufort Park. This is part of a planning application for a building of part 8, part 9, part 13 and part 21 storeys to comprise 413 residential homes and 578.5 sqm GIA of commercial floorspace. I have written to Barnet Council in their capacity as the planning authority with my objections.

Interview on i24 Israeli News

I was interviewed on i24 International where I discussed the tensions in the Strait of Hormuz with Iran.

I welcomed Boris Johnson as the new leader of the Conservative Party and Prime Minister of the United Kingdom. Boris is a well-known and popular figure in the Hendon constituency where, as Mayor of London, he visited Edgware, Burnt Oak and Mill Hill as well as Hendon.

28th July: Speaking out against Mayor of London’s approval for Pentavia development

I spoke out against the decision by the Mayor of London to allow the construction of 844 homes on the former Pentavia Retail Park site. It is my view that the proposals for this location do not constitute a sustainable, high quality-of-life form of development and hundreds of local residents have said they agree. I wrote to the Mayor expressing these views.

I was honoured to attend Middlesex University's 2019 graduation ceremonies. A special award of an honorary doctorate was made to Maggie Appleton MBE who has been Chief Executive of the RAF Museum in Colindale since 2014.