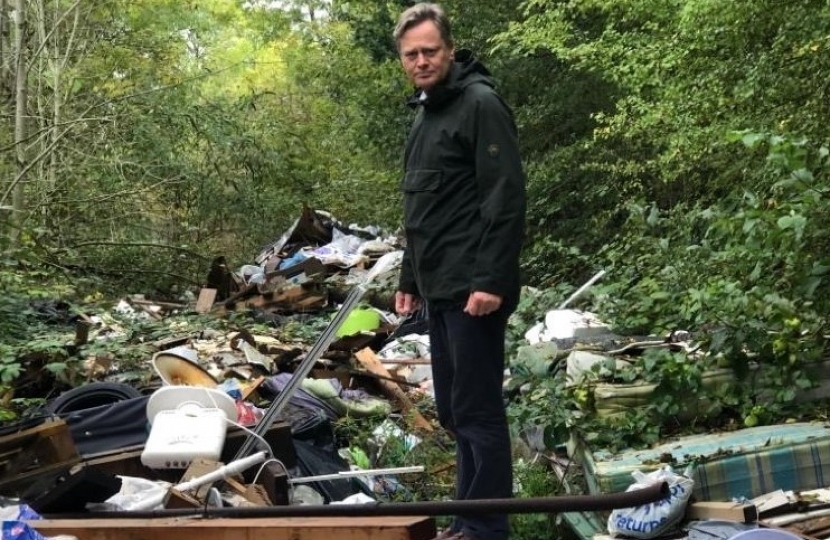 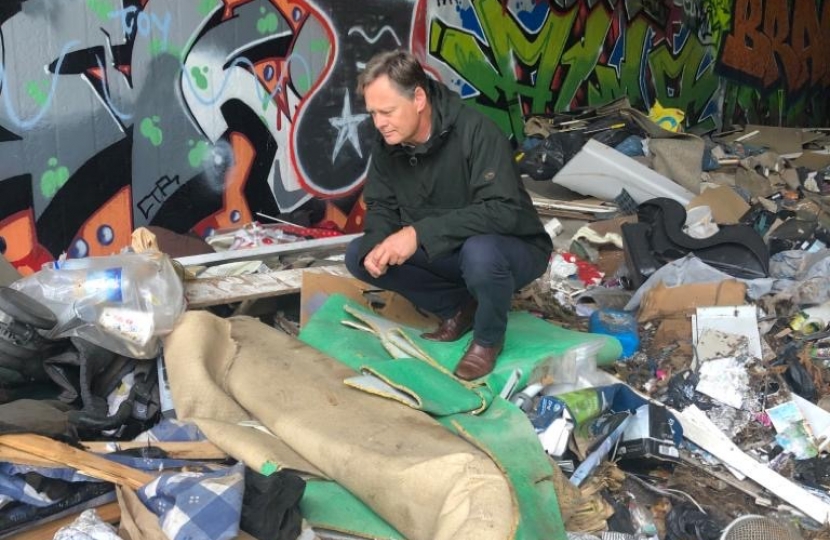 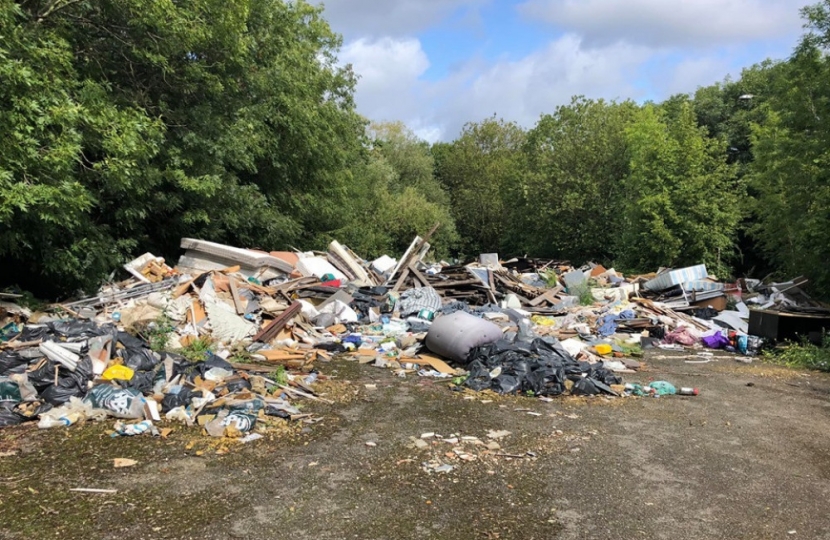 Matthew was pleased to be informed by Transport for London (TfL) that they will be clearing the vast fly-tipping site off Bunns Lane beside Watford Way.

Matthew took up the matter earlier in the summer after receiving complaints from many Mill Hill residents about the massive amount of fly-tipping which had clearly been accumulating for some time.

The land concerned is owned partly by Transport for London, partly by Highways England and partly by Meadow Mill Hill Limited. Following Matthew's contact with Meadow Mill Hill, the company cleared their portion of the land and TfL will now be doing the same with the next month.

Matthew said: "I was shocked by the scale of the fly-tipping on this land. It is the size of a football pitch with the rubbish being several feet deep. I am pleased that action is finally being taken and I will continue to monitor the situation to ensure the site is cleared. Should the landowners fail in their responsibilities, I will press for enforcement action by the Environment Agency.

"It is disgraceful that such a situation has been allowed to develop and it is disappointing that the Labour London Mayor and his local Labour representatives have not taken up the matter with TfL for whom they have responsibility."