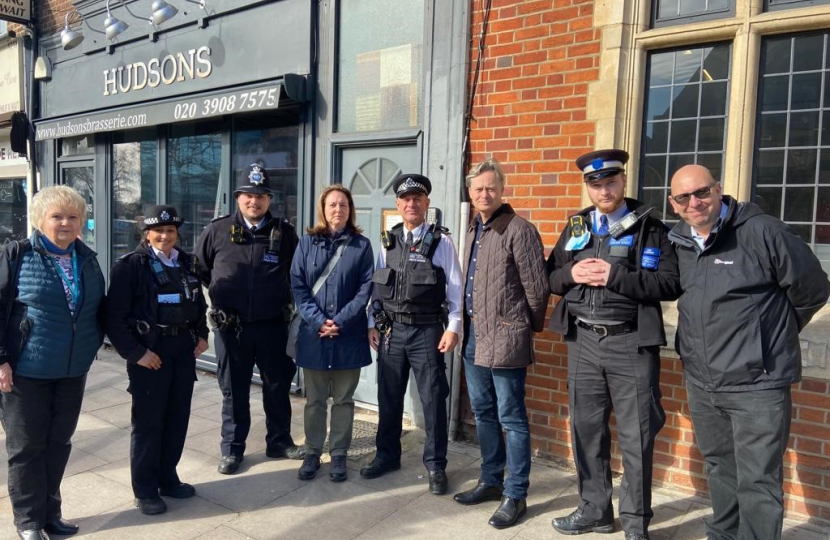 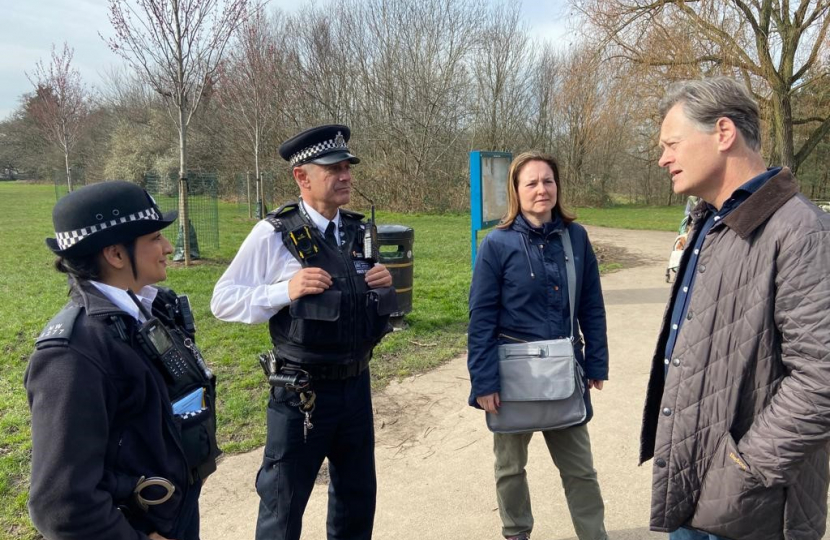 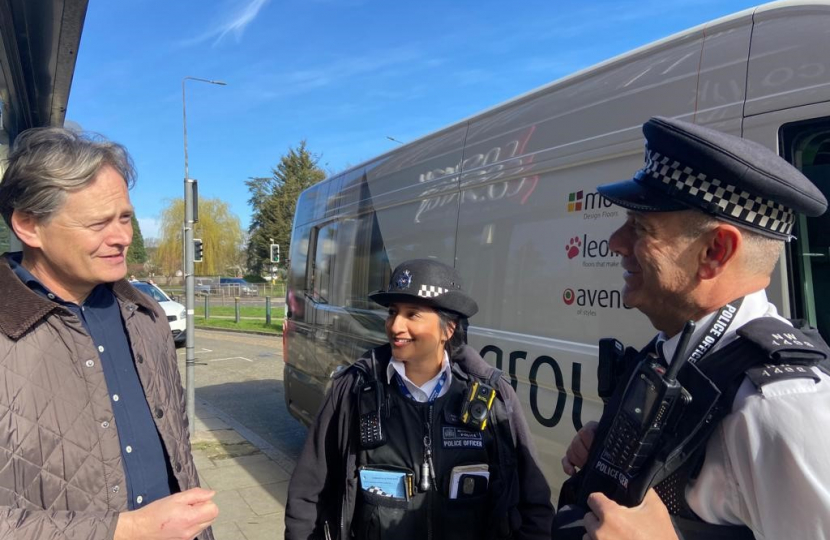 Following recent incidents of anti-social behaviour on Mill Hill Broadway, Matthew took the opportunity to conduct a ‘walkabout’ with local Councillors and police officers to identify problem locations and to reassure local businesses about actions being taken. Unfortunately, shops and restaurants attract people who behave inappropriately, commit crime or simply act in a way that is unacceptable to others.

The Association of Convenience Stores estimate that in the last year crime cost convenience stores £100million, and the total cost of crime and security is equivalent to a 9p crime tax on every transaction in local shops. Whilst crime is not as severe in Mill Hill as elsewhere, tragically there has been violence against store staff and this remains a problem across the country with over 35,000 incidents of violence in the last year and 89% of staff having experienced verbal abuse.

Despite the challenging circumstances during the pandemic, there has been significant progress in tackling retail crime across the Hendon constituency. An amendment to the Police, Crime, Sentencing and Courts Bill has created an aggravated offence for attacks on people serving the public that will give store employees more reassurance that offenders will be brought to justice. In addition, the Government’s 10-year drug strategy has acknowledged the link between acquisitive crime and repeat shop thieves with drug addiction issues. Retailers can play an important role in highlighting repeat offenders to the police and other agencies to ensure appropriate actions can be taken to bring them to justice and to overcome addiction issues.

In addition to these problems, Matthew saw where fly-tipping occurs behind shops in locations where some people dump rubbish or even empty the contents of charity donation bags. While local councillors have improved Mill Hill Broadway by removing commercial waste bins from the pavement and having designated refuse collection times, people still complain about waste.

Matthew said: “As the local economy has restarted following the pandemic, sadly we have begun to see anti-social behaviour happening again. Charity shops on Mill Hill Broadway ask people not to leave donations outside on the pavement as the contents are often stolen and dumped. This leads to further problems as the donations are not used for the purpose for which they were given and are subsequently wasted. It also leads to greater amounts of rubbish being dumped as other people add to the problem. The issue of rubbish, vandalism and petty crime is the starting point for other crimes and we need to ensure that greater problems are not allowed to become established.”