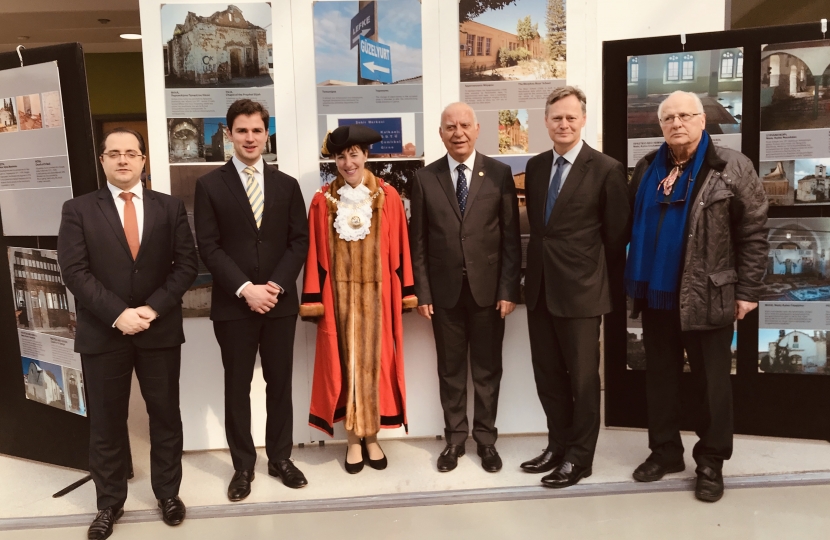 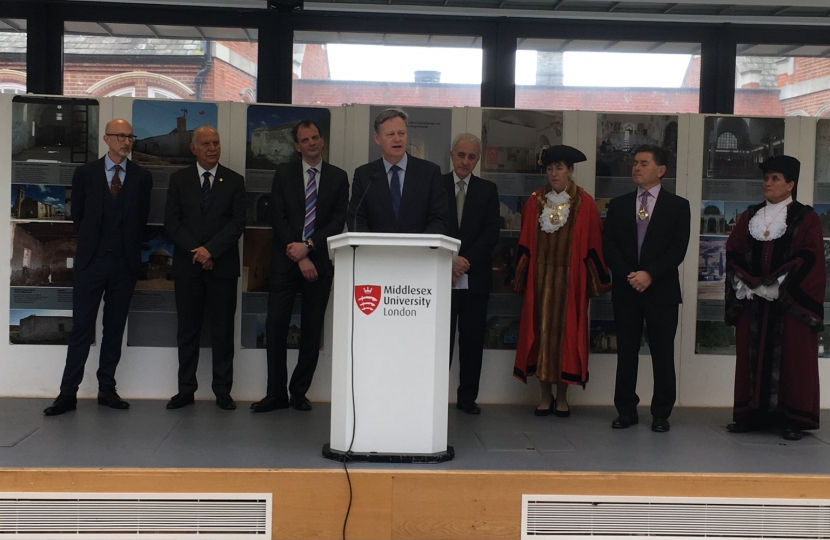 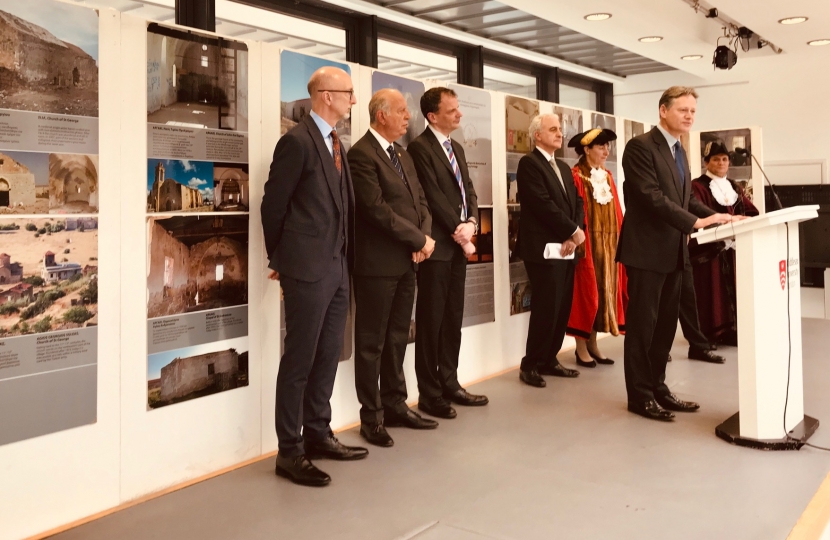 Matthew has attended an exhibition in the constituency showing the impact of the Turkish occupation of Cyprus.

The Morphou Municipality Photographic Exhibition at Middlesex University details the destruction and loss of Cypriot churches, buildings, homes and schools in the occupied part of Cyprus. Many of the properties were seized after the Turkish innovation of the island in 1974 and churches have subsequently been defiled.

Accompanied by the Mayor of Morphou, Victor Hadjiavraam, the Cypriot High Commissioner Andreas Kakouris, and the Mayor of Barnet Councillor Caroline Stock, Matthew addressed the opening ceremony saying that he is seeking a meeting with the new Minister for Europe to ensure that the reunification of the island continues as a political priority for the U.K. Government.

The exhibition comes during the visit of a delegation from Morphou, the town twinned with the London Borough of Barnet. At the weekend the two municipalities reaffirmed the Municipal Link in the 25th Anniversary year of the original twinning.

Matthew said “Many local residents of Cypriot heritage continue in their efforts to keep the issue of Cyprus on the political agenda. Having been forced to leave their homes, land and even relatives in the occupied part of the island, the injustice continues to aggrieve them. Cyprus is the only divided part of Europe. In addition, land and property has been misappropriated by Turkish nationals, a crime under international law.

"I will continue to exert political pressure on this problem until a resolution on property, land, identification of the missing and the other issues is agreed and accepted by the whole island.”