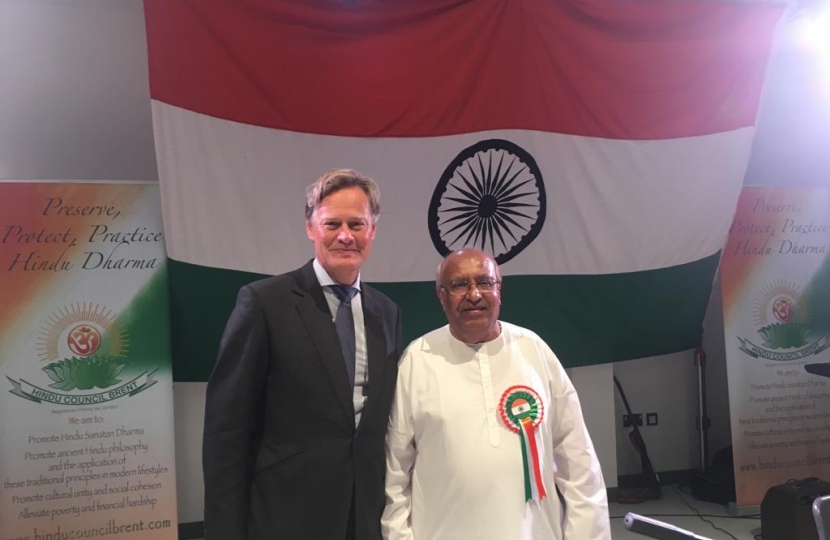 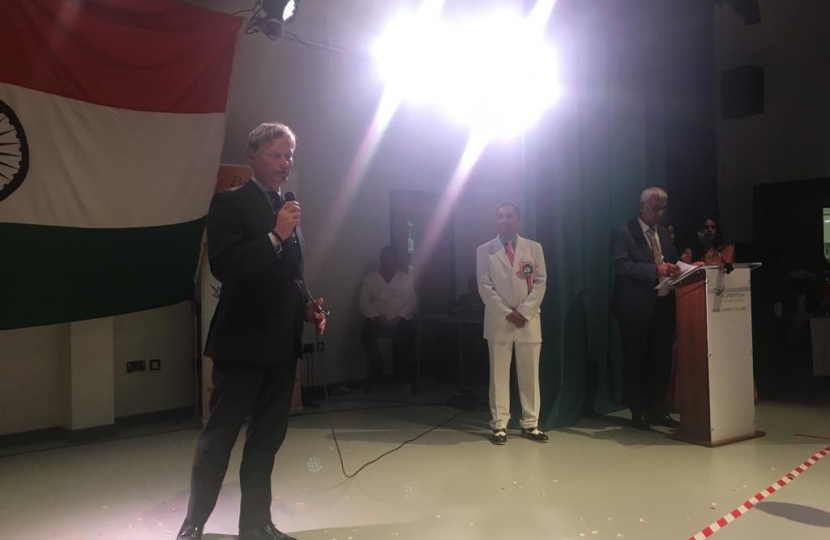 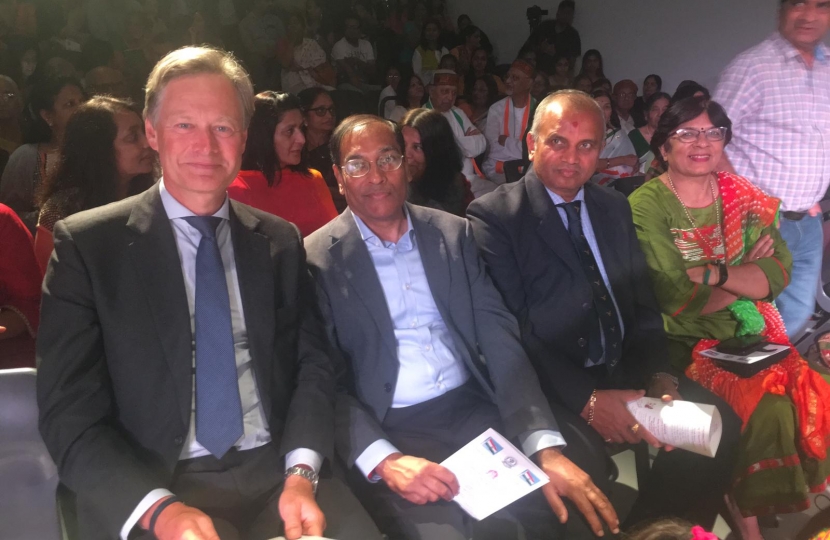 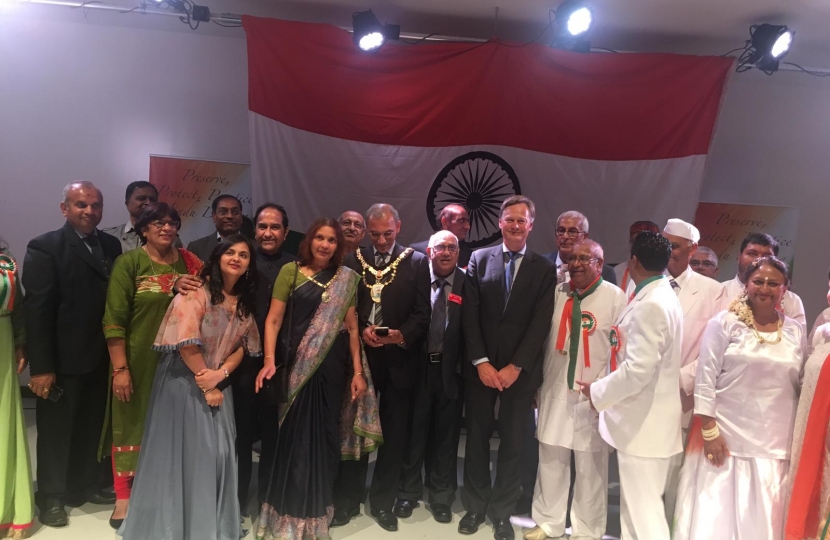 Matthew joined Hendon constituents who were amongst hundreds of people coming together from across London to celebrate Indian Independence Day.

Seventy-three years since the country was granted independence from British rule, people with Indian heritage came together to celebrate the event with a programme of music song and dance.

The day’s events were arranged by the Hindu Council and included speeches, dinner and Indian dance performances on the subject of Indian independence. The celebrations were attended by Members of Parliament, dignitaries from the Indian High Commission and members of the Hindu Council.

Matthew said “I have visited India on several occasions travelling as far west as Mumbai, Madurai in the south and almost to Calcutta in the east.

“India is becoming an economic powerhouse and people from India have contributed so much to British life. I expect Britain to renew its historic ties with the country post Brexit so we can build on this – through trade and opening our doors to Indian entrepreneurs and their many skilled individuals.”