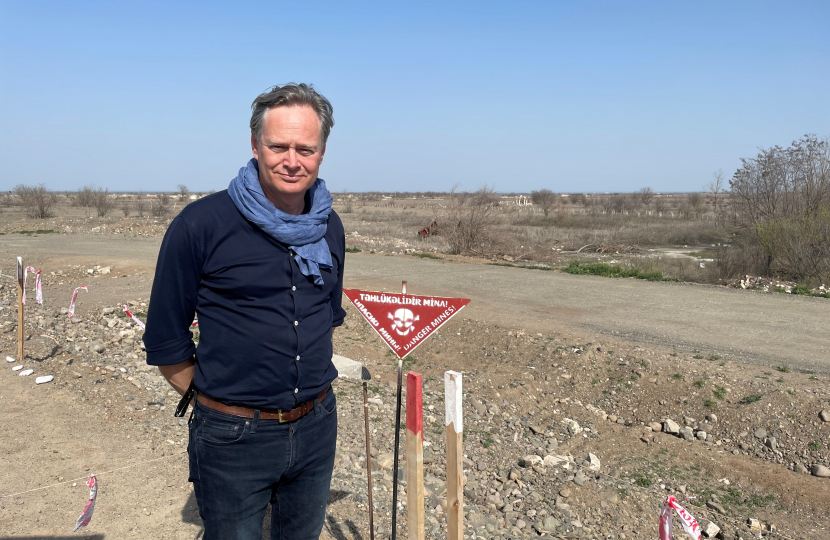 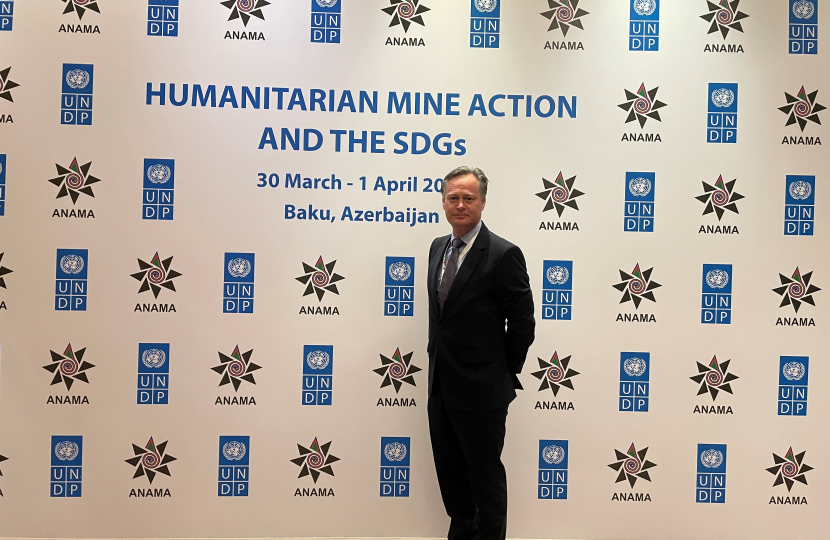 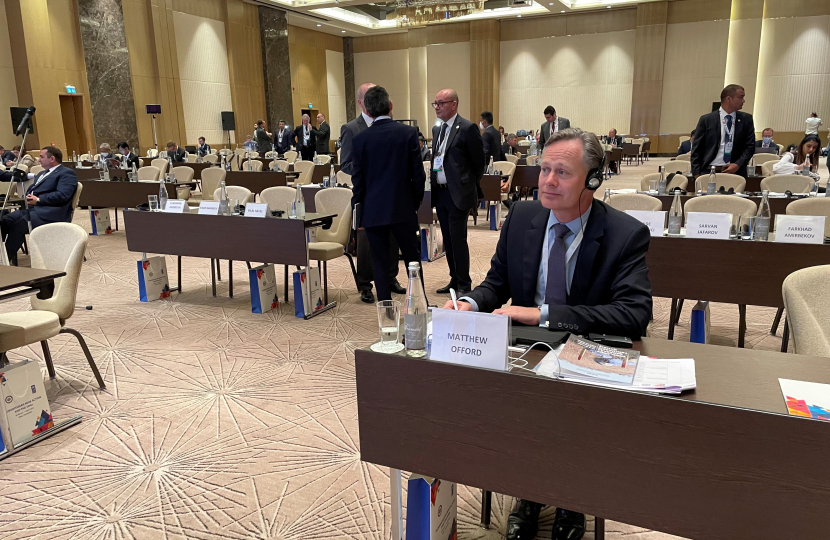 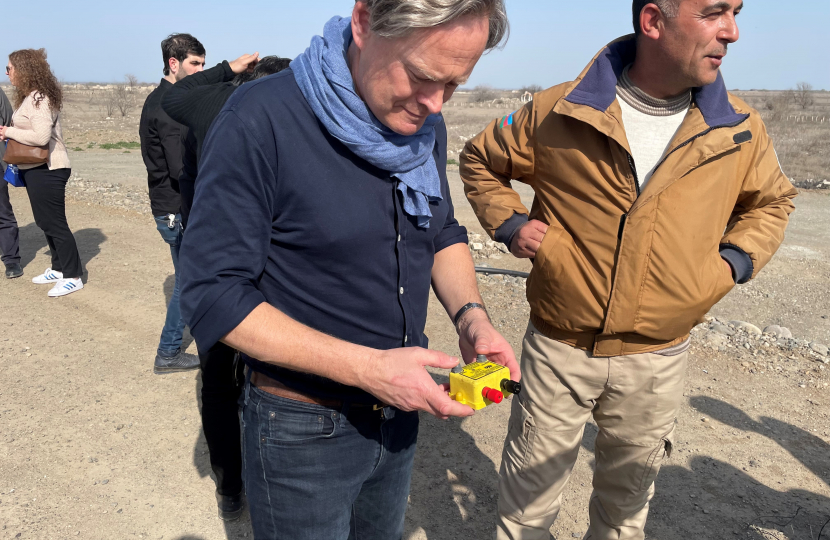 The General Assembly of the United Nations has designated 4th April as the International Day for Mine Awareness and Assistance in Mine Action.

As Chairman of the All Party Parliamentary Group on Explosive Threats, Matthew attended the International conference on Humanitarian Mine Action and the Sustainable Development Goals in Baku, Azerbaijan. The conference included a visit to Agdam in the Nagorno-Karabakh region. Once a city with 30,000 residents, it is now totally destroyed after bitter fighting between Azerbaijani and Armenian forces began in 1993. Following a peace deal brokered in 2020, the conflict officially ended and rebuilding has now begun. However, the land is heavily contaminated with anti-personal and tank mines as well as unexplored ordnance.

Matthew saw for himself how work has now begun by ANAMA, the Demining Agency of the Republic of Azerbaijan. They have been assisted by British contractors and resources from the Foreign, Commonwealth & Development Office (FCDO) who have donated £500,000 to provide training and risk awareness.

Since 1993 there has been approximately 3,500 fatalities in the region, as a result of ordnance. Since the peace deal was signed between the two countries in 2020, there has been a further 180 military and 53 civilian deaths by anti-personal mines, tank mines and other unexplored ordnance. In those two years 19,000 hectares have been cleared of a total 50,000 pieces of ordnance - but this is just 2% of the minefields in Azerbaijan.

Matthew said “The UK is playing a huge part in Azerbaijan by providing personnel and resources to remove insidious explosive weapons. These have killed innocent civilians and children, long after the conflict ended.

"The demining process in Azerbaijan provides an example of what we can anticipate in other conflict regions such as Mosul, Yemen and Ukraine. Linking unexplored ordinance to the Sustainable Development Goals is a smart move as Industry, Innovation and Infrastructure; Life on Land; Sustainable Cities and Communities are all target that are achievable in this part of the world.”