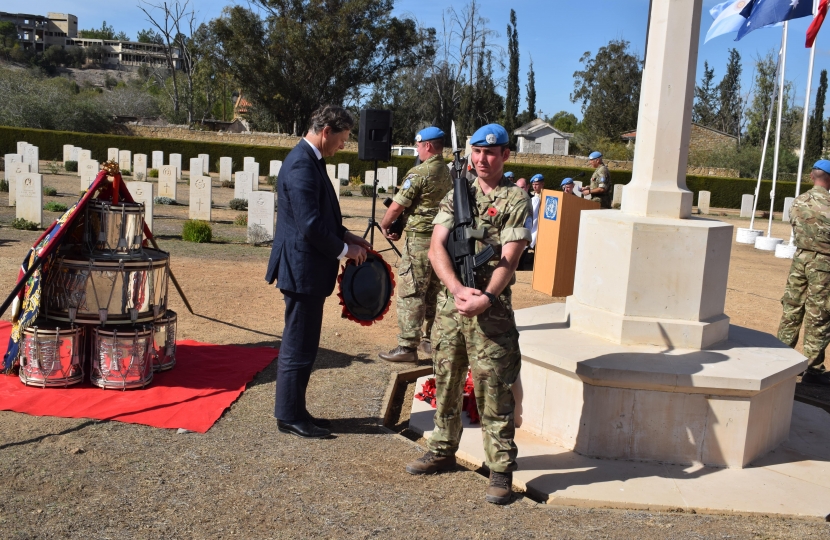 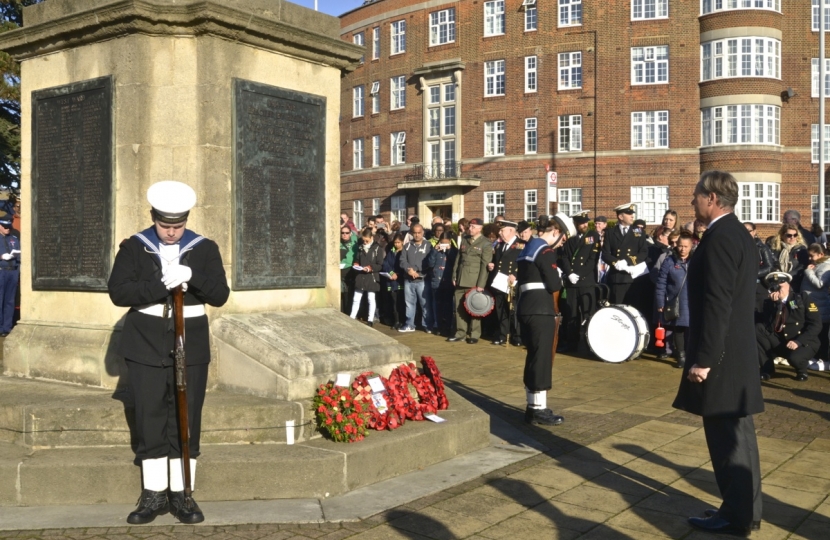 As remembrance commemorations were held across the country this weekend, Matthew attended two services in Hendon on Remembrance Sunday as well as laying a wreath at the Commonwealth War Graves Commission cemetery in Cyprus days earlier.

During a visit to the island – against the backdrop of the UN-backed peace talks between representatives of the Turkish and Greek Cypriots in Switzerland - Matthew took the opportunity to visit the cemetery in the UN protected buffer zone.

British service personnel from the First and Second World Wars are buried in ‘Wayne’s Keep’ near the city of Nicosia. There are nearly 600, non-World War casualties commemorated in the site. Access to the cemetery is restricted because of its location and visitors require permission to enter the cemeteries along with a United Nations escort.

Overlooking the cemetery are a few scattered damaged buildings and old defensive positions from the 1974 fighting and Greek Cypriot National Guard Observation posts and Turkish Forces Observation posts.  Some are manned but many are not due to the progress that the UN has made in de-escalating tensions between the two opposing sides.

Matthew said: “It was a huge honour to visit Wayne’s Keep and to be asked to lay a wreath on behalf of a Parliamentary delegation at the 11th hour on the 11th November.

"It was particularly poignant to be in effectively no-mans’ land commemorating those who had made the ultimate sacrifice on behalf of Great Britain.”