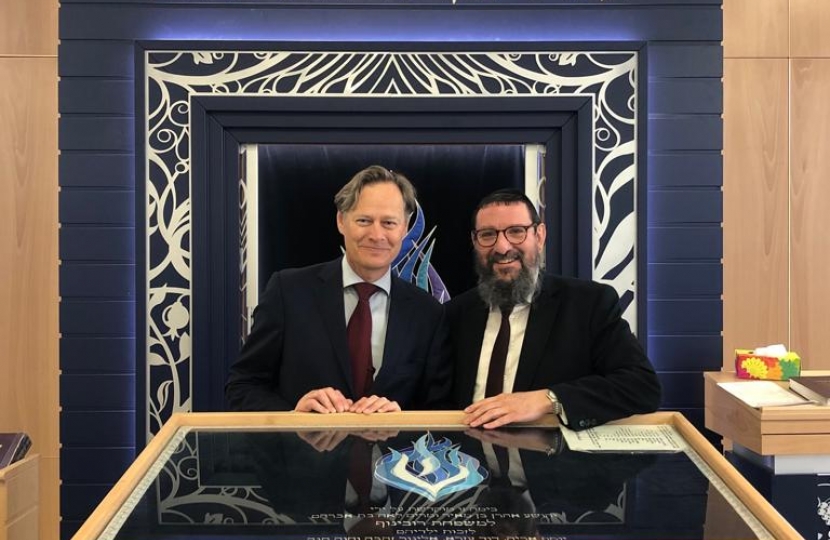 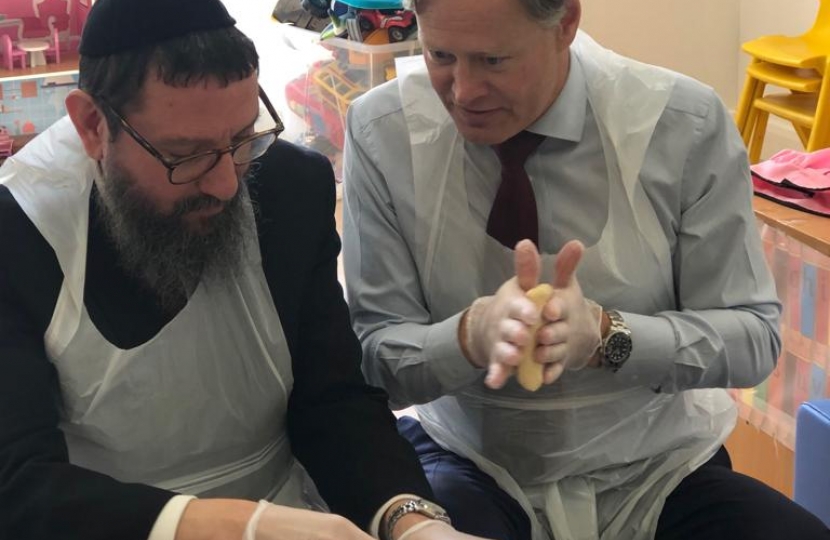 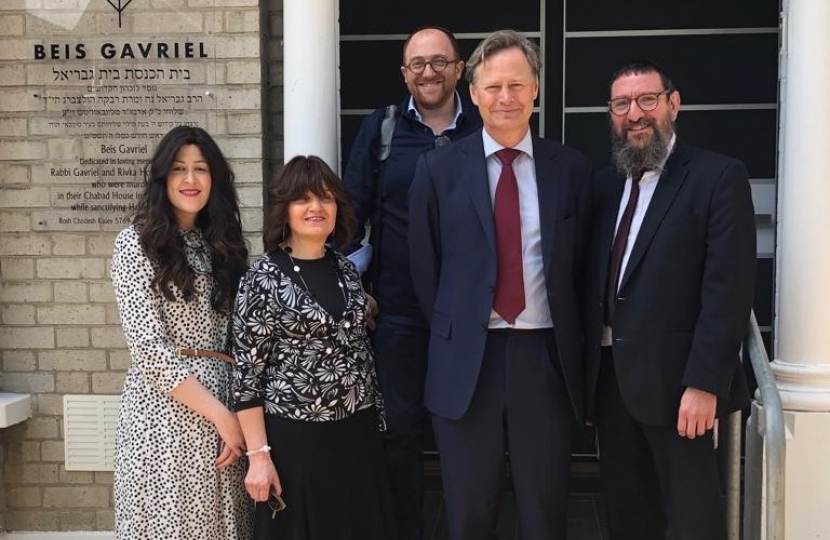 Matthew pleased to visit the recently rebuilt Gan Menacham Synagogue and nursery in Hendon to see how they are settling into their new home. Having been on a site in Parson Street, it was decided that a relocation would enhance facilities for the community. This has now been achieved after local fundraising and a grant from the Federation of Synagogues. The new site has classroom space, an outdoor play area, a separate building in the grounds that is used by teenage members of the congregation for their own Shabbat service, ‘Shelley’s Kitchen’ and the main synagogue hall itself.

During the visit Matthew was delighted to make challah bread with children in the nursery class by plaiting it into its distinctive shape before baking it. Older children received him in their Shabbat preparation party and sang songs while they ate lunch.

Matthew said: "One of the many great things about the Hendon constituency is its diversity of people, religion and culture. It's marvellous to be able to participate in a variety of different religious activities on Friday, Saturday and Sunday. Rather than promoting differences, I believe that active religious communities share an understanding and appreciation of freedom to worship and believe in different ideas. I hope the Government bears this in mind and makes progress on acceptable definitions of racism."