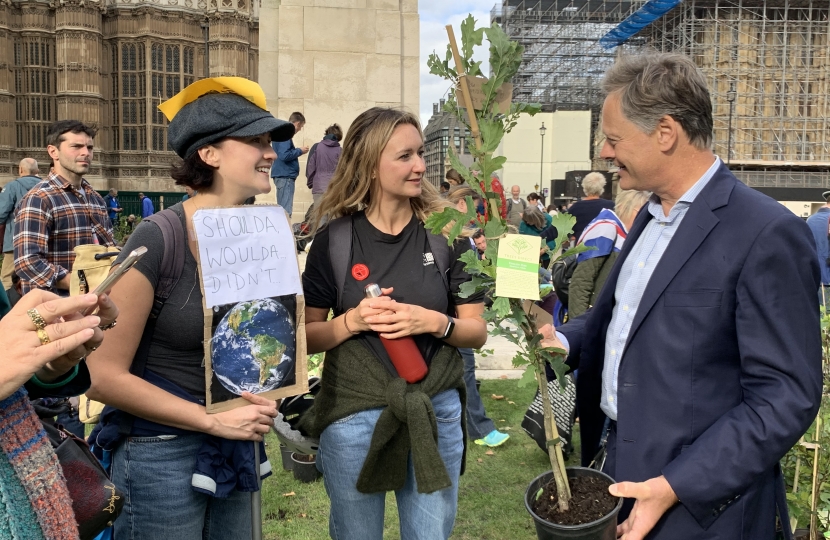 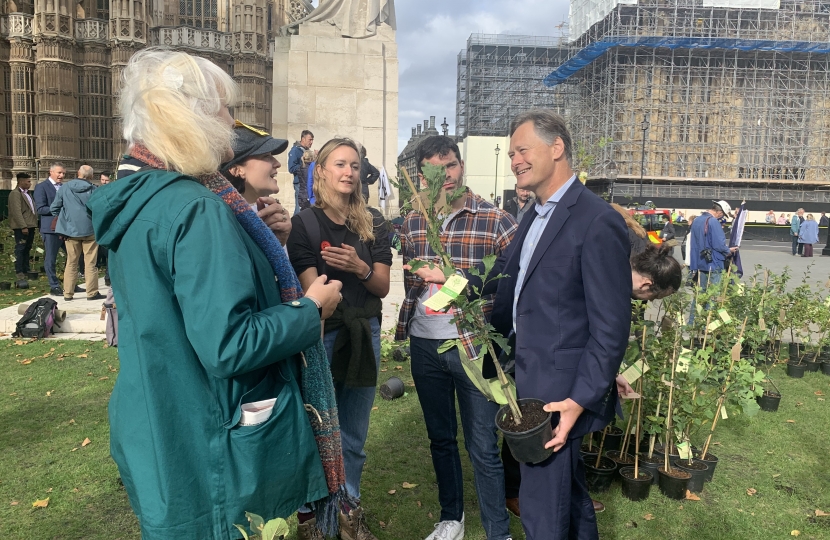 Matthew was delighted pick up an Oak tree sapling from Extinction Rebellion outside Parliament as part of their #ReforestEarth campaign. The campaign seeks to support reforestation on a massive scale as a natural solution to the climate crisis.

There was a time when 80% of England was covered with trees. Places like the Hendon constituency would have had a significant number of trees as evidenced by the name Burnt Oak.

However, the UK’s forest coverage is now only just above 10% but planting more trees may be an answer to climate change as forests are our most effective terrestrial carbon sinks, and the most important sanctuaries of biodiversity on land. According to a comprehensive recent study published in Science “global tree restoration is our most effective climate change solution to date.”

Matthew said “I am not entirely in favour of the current demonstrations around Parliament and some of the disruptive methods used by Extinction Rebellion, but I am sympathetic to their concerns and the tree planting initiative is a good idea.

"The Government is planning on planting 11 million new trees and that would increase tree cover by 0.5%. The 1 trillion trees wanted by Extinction Rebellion is an ambitious target but one that could be reached.”