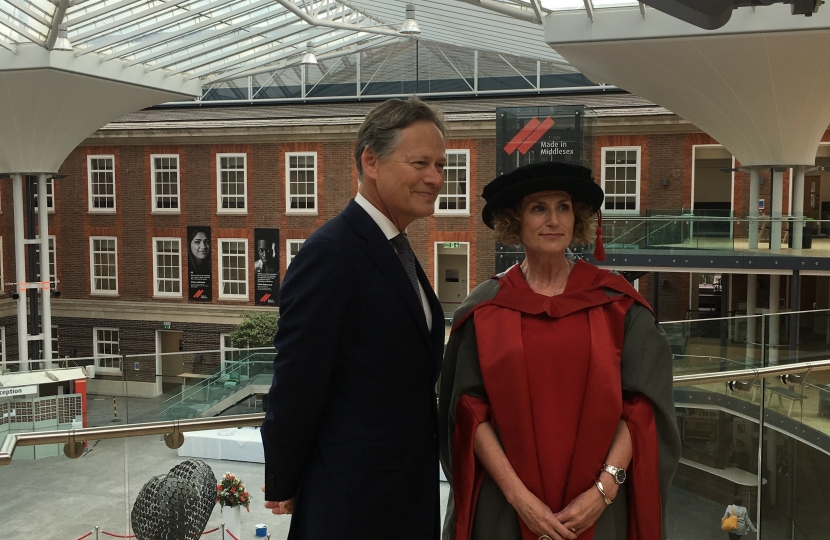 Matthew was honoured to attend one of Middlesex University's 2019 graduation ceremonies.

Over 400 Health and Education students were presented with their degrees at the Hendon campus in front of an audience that consisted of parents, relatives, friends, Councillors and civic representatives.

A special award of an honorary doctorate was made to Maggie Appleton MBE who has been Chief Executive of the RAF Museum in Colindale since 2014. Ms Appleton was the first non-serving RAF appointment, coming from an established career in the museum and heritage sector. Last year she was elected President of the Museums’ Association

Matthew said: “I am delighted that the University chose to honour Maggie and the RAF Museum in this way.

"She has been a terrific head of the museum, not only leading its redevelopment in Colindale but also reaching out to the wider community in the area. The centenary of the ending of the First World War was a tremendous highlight that Maggie planned, orchestrated and delivered not only to the local community but to the country as a whole.

"It was a marvellous decision of the University to honour her in such a way.”