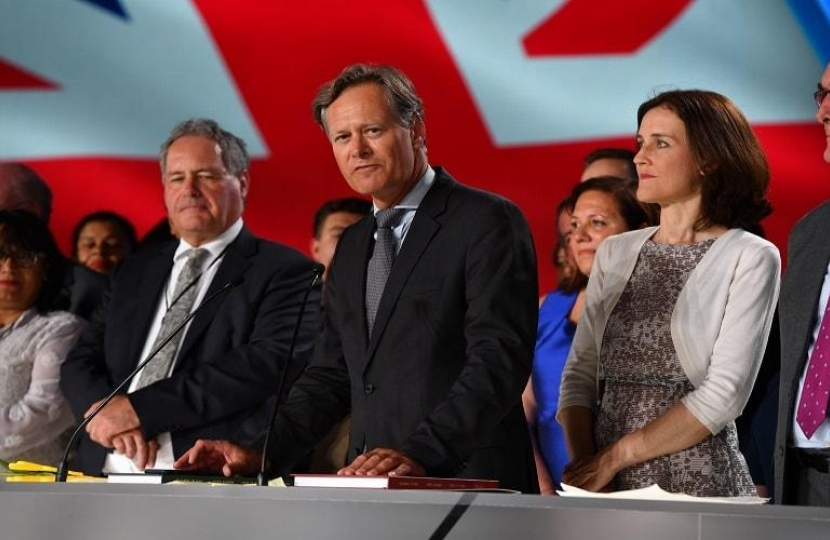 Matthew has welcomed the rejection of appeals by three people who were convicted of attempting to bomb a 2018 conference where five British MPs were in attendance.

Amir Saadouni and Nasim Nomani were each sentenced to 18 years and Mehrdad Arefani to 17 years in prison. They were previously convicted of collaborating with Iranian diplomat Assadollah Asadi who worked at the Iranian embassy in Vienna. He was given a 20-year sentence in 2021 and was the first Iranian official to have faced charges in Europe since the revolution in 1979. It is worth noting that Assadi did not appeal and therefore his 20 years imprisonment was reaffirmed.

Speaking at a press conference after the verdict by a Belgian court of appeal, Matthew said: "These people attempted to mount a terrorist attack on European soil on democratically elected politicians and supporters of an organisation opposed to the Iranian regime in Tehran. They would not have acted without the knowledge and support of the regime and its supporters.

"The British government should make its displeasure known directly to the Iranian ambassador in London. While the Government negotiates a joint plan of action with Iran, it should be born in mind that the terrorist activities of the Iranian government continue in Syria, Lebanon, and Yemen and now on the European mainland. It is must be made absolutely clear that such behaviour will not be tolerated."