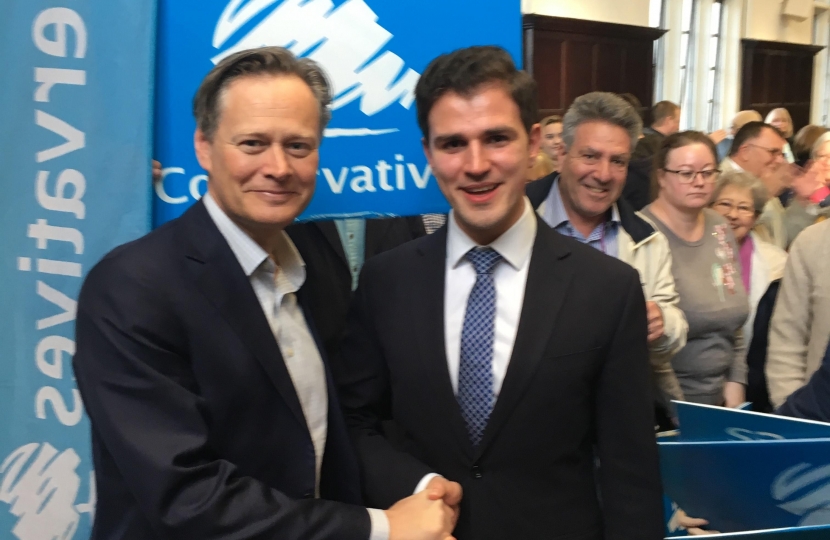 Matthew was pleased to congratulate Councillor Roberto Weeden-Sanz who has been selected as the Conservative candidate to represent the London Assembly seat of Barnet and Camden in 2020 GLA elections.

As a local Councillor in Barnet, Roberto is well aware of the issues facing Barnet and Camden. Given his experience as a special constable in the Metropolitan Police and his work alongside the Conservative Mayoral candidate Shaun Bailey, Roberto is an ideal choice for the role.

Matthew said: “With Roberto’s opposition to development schemes such as Pentavia Retail Park in Mill Hill, his support for greater GP capacity, and his willingness to designate the Midland Hotel in West Hendon as an Asset of Community Value - he demonstrates how well he knows our local area.

"We need an Assembly Member who lives locally and, importantly, will be proactive in promoting our area and working alongside the Council and Members of Parliament. In Roberto we would have that.”