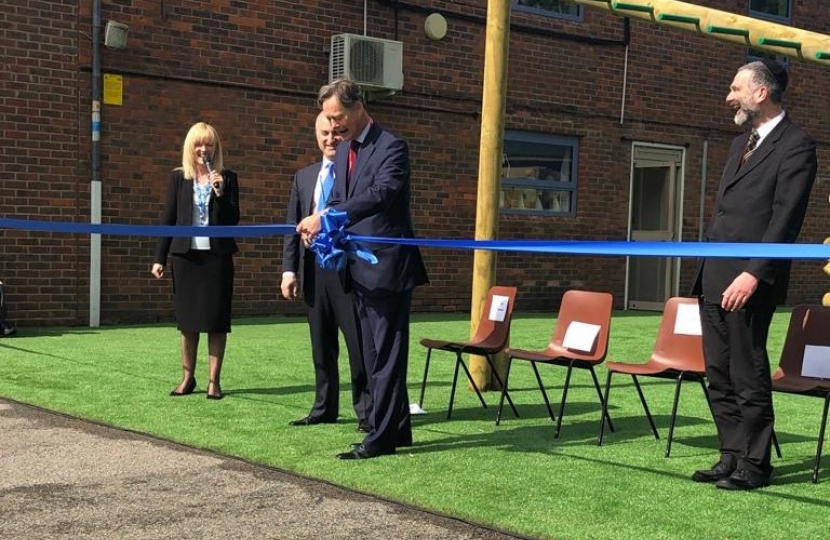 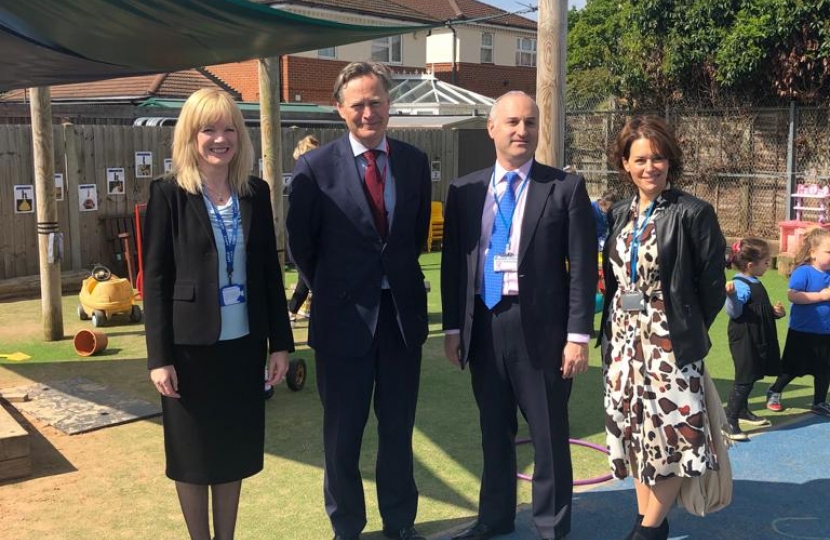 Matthew was delighted to attend the opening of a new playground at Rosh Pinah Primary School in Edgware.

A group of pupils formed a ‘Playground Champions’ Committee’ to consider what play equipment children in the school wanted. A ballot of pupils was held and the equipment was chosen. Parents undertook the majority of fund raising for the equipment with the school governing body also making a contribution.

After hearing from the school choir and watching a dance performance, Matthew was thrilled to cut the official ribbon to declare the playground open.

Matthew said: “New equipment in the playground was an initiative of the children which taught them about democracy, compromise and having to make choices. Working with a budget taught lessons about affordability and having to make decisions over spending priorities. This was all in addition to bringing in new equipment that will be enjoyed by the whole school while at the same time promoting healthy and active lifestyles”.