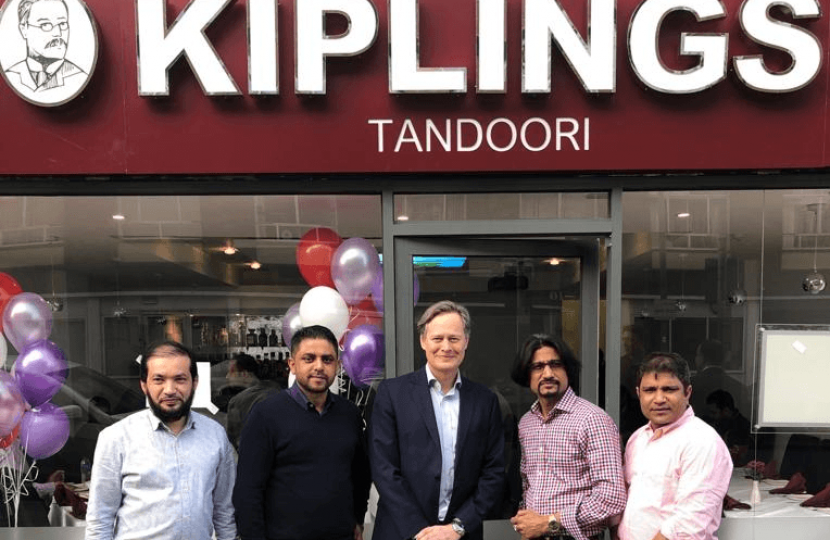 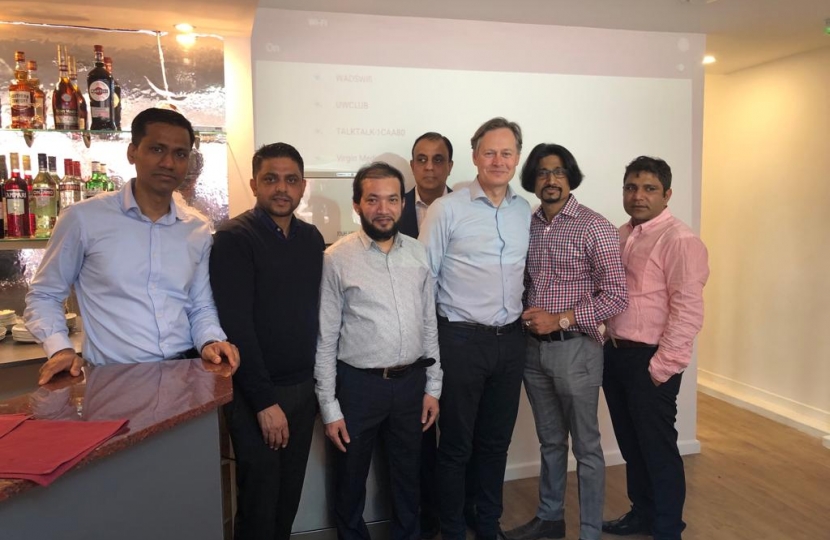 Matthew was delighted to visit the popular Hendon restaurant Kiplings for their grand re-opening. As an enthusiastic cook of Indian food himself, he was keen to get some tips from the chefs in the kitchen.

In a speech about the curry industry, Matthew said that many people believe that the popularity of curry is a recent phenomenon but the first curry and rice house in London was established in 1733 and the earliest recipe for curries and pilaus was included in Hannah Glasse’s The art of cookery made plain and simple published in 1747. The taste for curry was brought back from India by expats but nowadays many so-called Indian restaurants are owned and managed by people whose family heritage is from Bangladesh.

Matthew said: “Twenty years ago a Government minister infamously said that Chicken Tikka Masala was Britain’s national dish. I believe that many people would agree and disagree with that but I would say that curry is a massively popular cuisine. But the industry is having a hard time, not only with the usual demands of running a business but also with the Government’s  decision to limit skilled migration. With second-generation migrants increasingly unwilling to enter the family trade, restaurants have been reliant on sourcing skilled labour from abroad. This is difficult with the Home Office’s attempts to bring down net migration. Restaurants face a £2,000 fee on importing skilled labour, as well as a work permits scheme that imposes a minimum salary threshold of £29,750, including rent and accommodation, and for most restaurateurs this is simply not realistic. This is an issue that I will be raising with the Home Office.