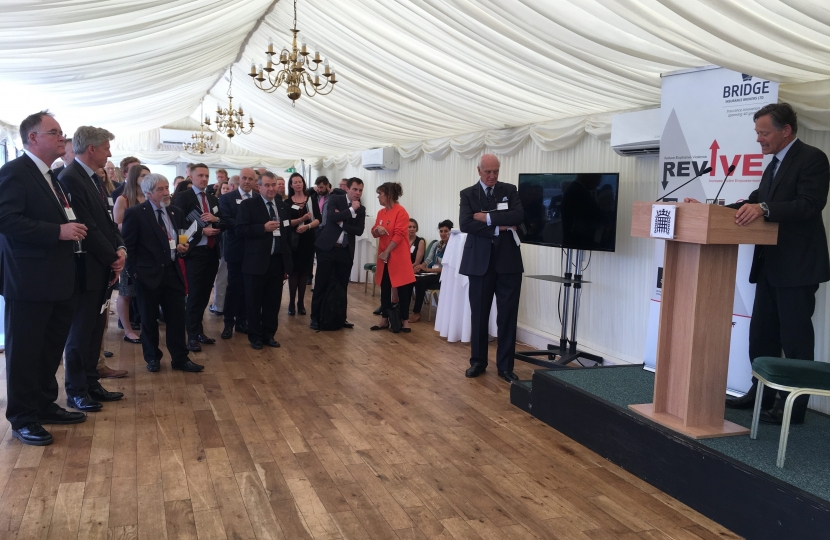 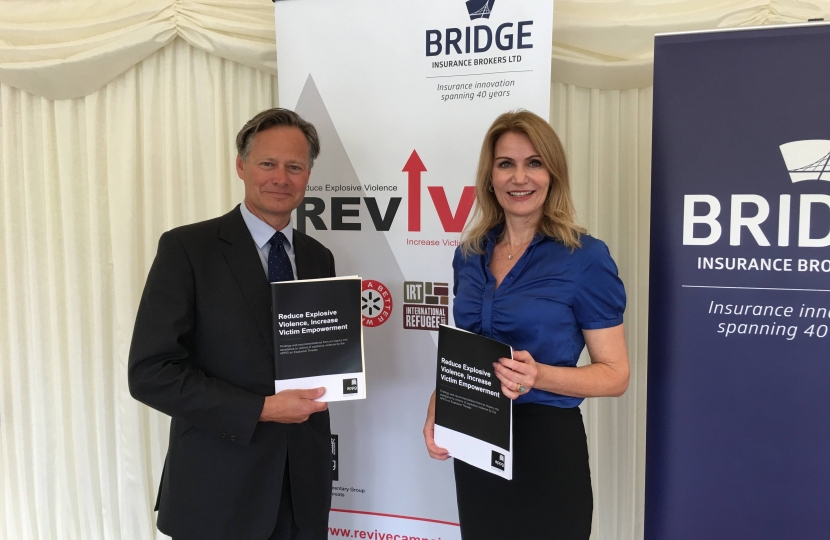 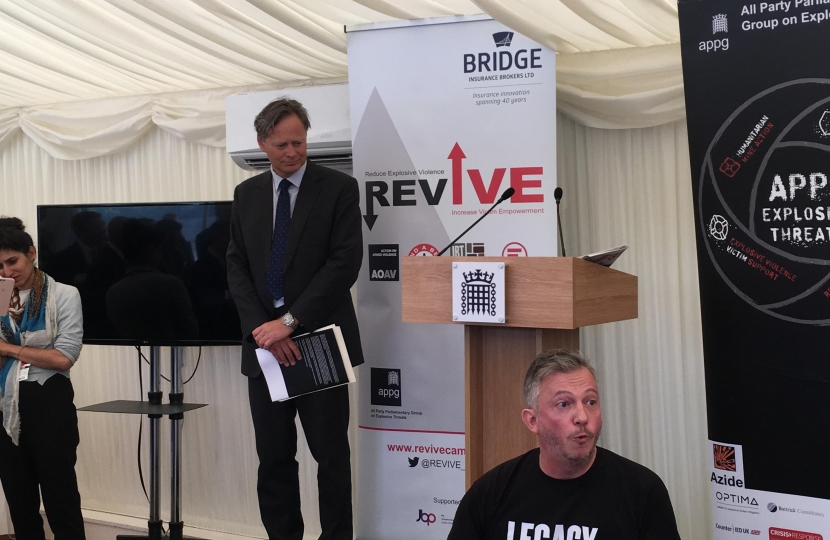 As Chairman of the APPG on Explosive Threats, Matthew has launched a report on assistance to victims of explosive violence.

The report contains recommendations to the Government on how to better help victims of explosive violence across the globe. It follows a day-long inquiry which took evidence from NGOs, Government bodies, and victim assistance charities.

The APPG on Explosive Threats worked on the inquiry with the REVIVE Campaign. REVIVE, which stands for Reduce Explosive Violence, Increase Victim Empowerment, is a partnership of the APPG, Action on Armed Violence, Emergency UK, Find a Better Way and the International Refugee Trust.

The report launch was attended by MPs, academics, and professionals across the mine clearance and medical fields.

Also in attendance was former Danish Prime Minister and CEO of Save the Children International, Helle Thorning-Schmidt, who received a copy of the report which also outlines the devastating impact that explosive violence has on children.

The guest speaker at the launch was documentary photographer and founder of the Legacy of War Foundation, Giles Duley. Giles is a tireless campaigner against landmines and explosive violence and his photographs tell a graphic story of the sheer futility of conflict and explosive weapons in particular. Speaking at the event Giles shared his personal experiences of explosive violence and exhibited photos of his work.

Also received at the event was a letter of support from Sir Bobby Charlton. Sir Bobby became involved in the cause of land mine clearance after visits to Bosnia and Cambodia and found his own charity Find a Better Way which funds research into improved civilian landmine clearance.

Matthew said: “Although the report that we have launched today is extremely sobering, it contains some important findings.

“We know that, particularly for children, injuries from explosive weapons can be devastating and life changing. Support for these people is not just a one off – it is long term.

“Prevention, as they say, is the best cure – but as the casualty figures for 2017 show, and despite all our best preventative efforts, victim numbers continue to rise. We in governments around the world need to provide the means for supporting those victims and the victim assistance organisations, often themselves working under threat of explosive violence.”