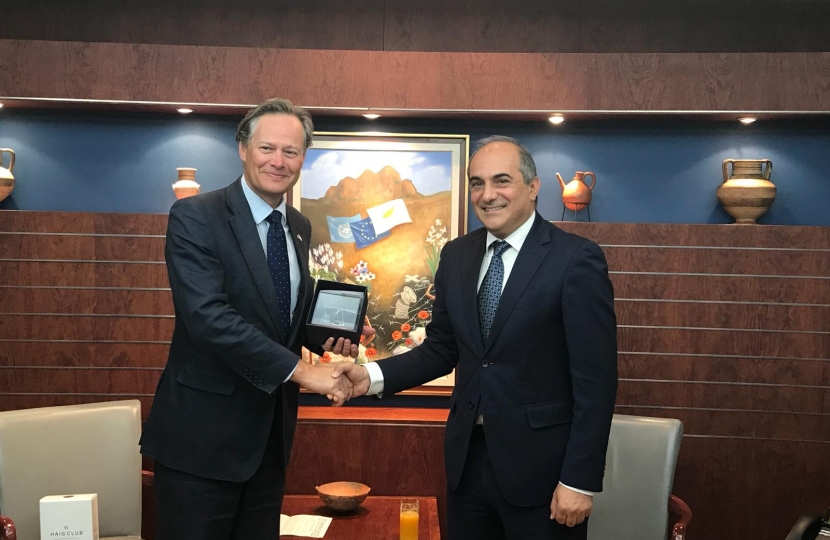 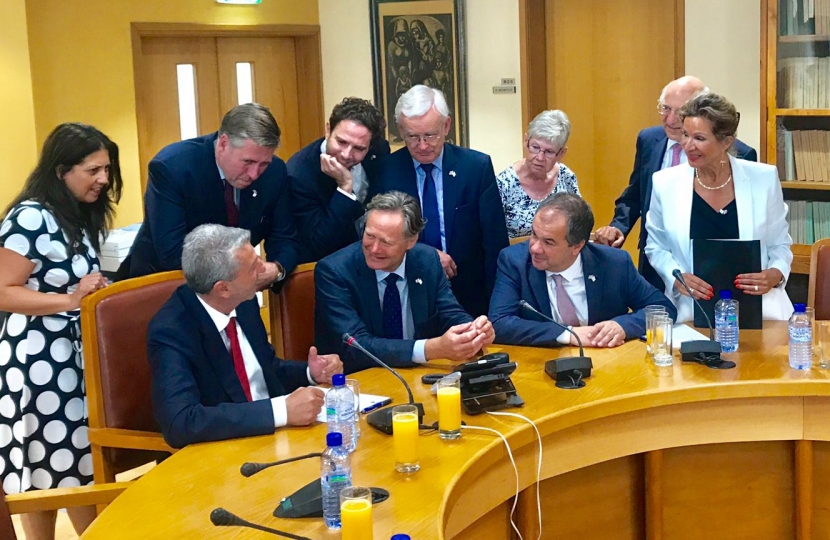 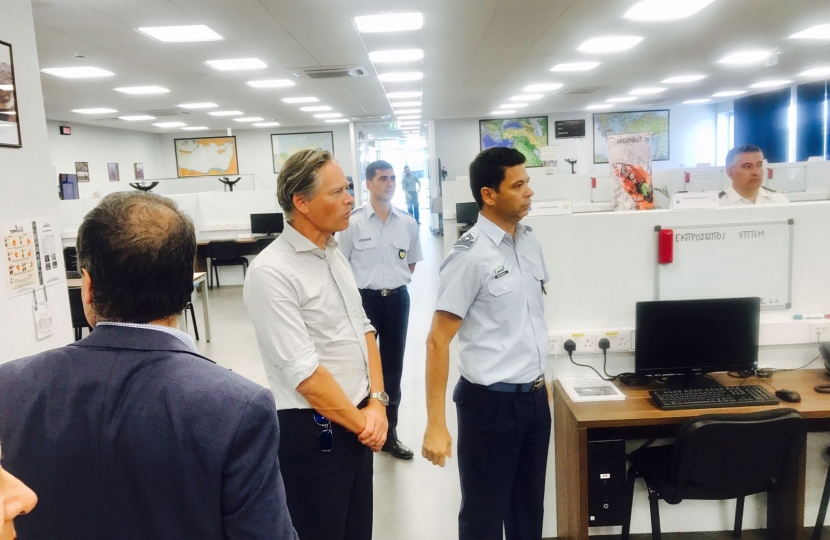 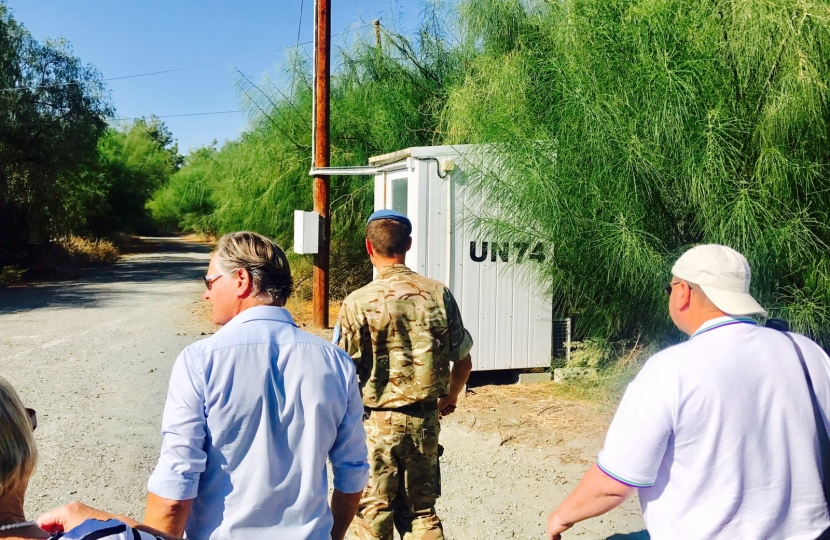 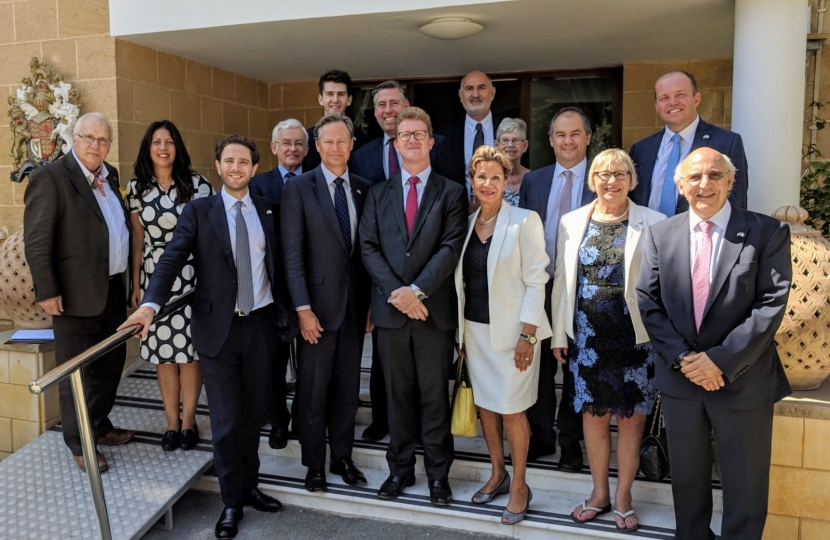 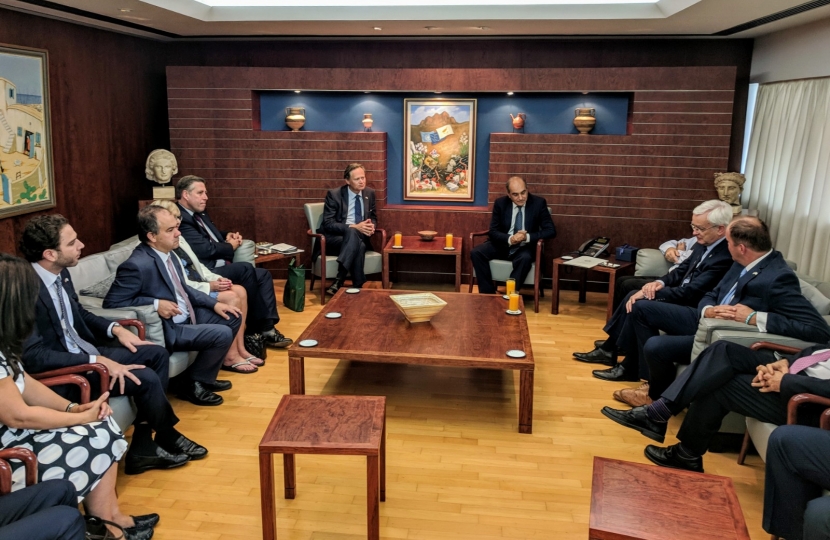 Matthew has led a Parliamentary delegation to Cyprus. The London Borough of Barnet has many people of Greek Cypriot heritage and the Council is also twinned with the occupied town of Morphu. As such, Matthew has been involved with the Cyprus issue for many years.

Meeting with the High Commissioner, HE Stephen Lillie, the delegation discussed what kind of relationship could be achieved between the two countries post-Brexit. As a Commonwealth country, Cyprus has a unique relationship with the U.K. (only shared with Malta) and as an island nation with a thriving maritime industry, is well placed to take advantage of its strategic location.

Further meetings occurred with the President of the House of Representatives Mr Demetris Syllouris. Discussions included Brexit but also touched upon the talks seeking reunification of the island between the Cypriot Government, Turkish Cypriots and Turkey. As a Guarantor power on the island, the U.K. has a direct role in such discussions. The most recent talks held in Crans-Montana in Switzerland in July 2017 failed to achieve an agreement but the President of Cyprus is due to meet the Secretary-General of the United Nations in a weeks time to discuss future talks.

The delegation also took part in a visit to the KIOS Research and Innovation Centre of Excellence at the University of Cyprus, the Cyprus Joint Rescue Co-ordination Centre who undertake search and rescue at sea, attended a civic society reception at the British Residence and were taken on a tour of the buffer zone in Nicosia. The island is the only EU country that has a ‘hard’ border where passport identification is required to enter into the occupied North. A zone between the two communities is patrolled by the UNFICYP (United Nations Force in Cyprus).

Matthew said “Our visit took on other issues rather than just the reunification of the island, which has rightly dominated our attention in previous delegations.

"It was fascinating to visit the KIOS centre for the first time. This is a partnership with Imperial College in London and the EU that is creating scientific networks to unlock new opportunities for economic development through intelligent systems that emphasise monitoring, control, management and security of crucial infrastructures such as power systems, water distribution networks, telecommunications, and transportation systems. This work is of benefit to the U.K.’s Overseas Terroritories and Commonwealth countries, particularly the island ones.

"Our visit to the buffer zone also brought it home how the conflict has affected the population. We saw homes, businesses and even cars that have been abandoned since 1974 and left as they were when people fled. It is a ghost town within the city patrolled on either side by Cypriot and Turkish troops who refuse to engage in a dialogue with each other.”