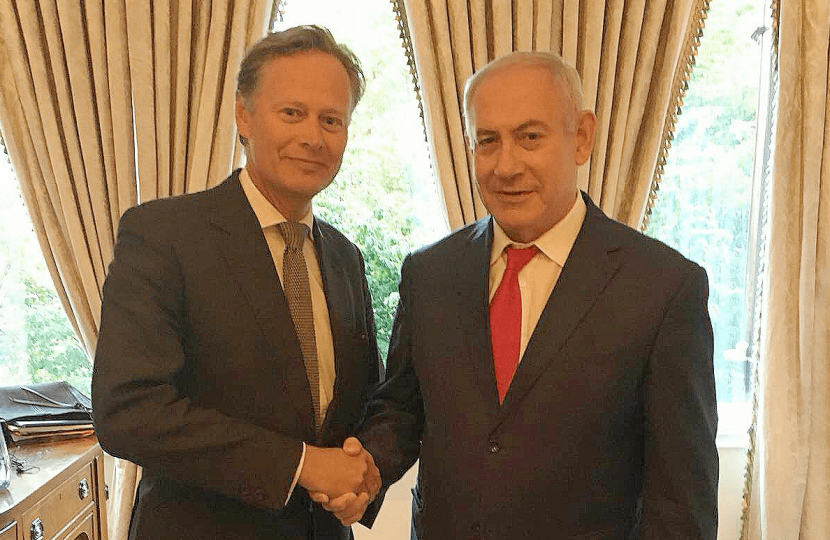 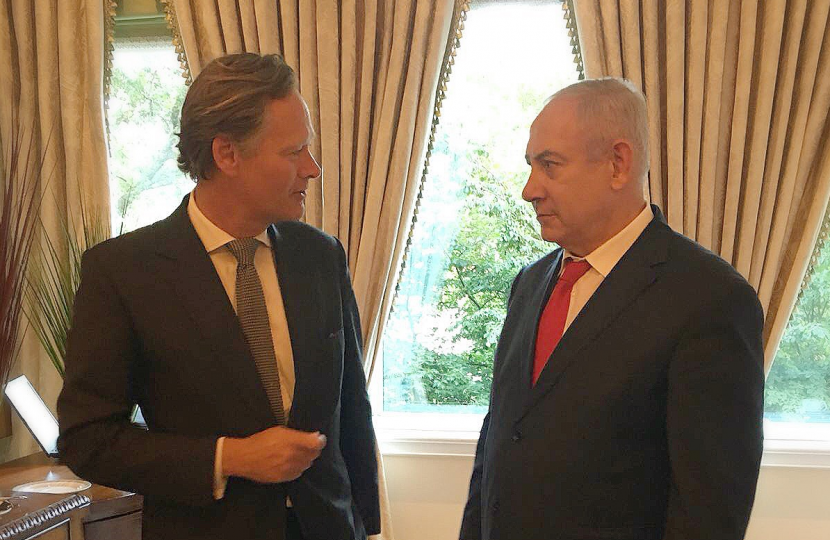 Their discussion covered a range of issues, including settlements, Gaza, the two state solution, the Joint Comprehensive Plan of Action, Iranian influence in the Middle East, the Syrian conflict, extremism and security co-operation between Israel and the United Kingdom.

This is an area where Anglo-Israeli relations are very strong and Prime Minister Netanyahu told Matthew that information has already been passed to the UK's security forces that has prevented terrorist acts on the streets of this country.

The visit comes just days before the annual Al Quds protest, that has been mired with anti-Israel and anti-Semitic abuses. Matthew has repeatedly called upon the present - and former - Home Secretary to prevent the demonstration going ahead.

Matthew said: 'It was a great honour to spend time with Bibi in a very small meeting. He was very open on a range of issues where Israel is too often criticised. He clearly holds the UK in high regard and is a real friend to our country.

“Israel is displaying a Herculean effort in opposing militants and is acting as a barrier in preventing malign forces from entering Europe. His disclose of security co-operation with the UK demonstrates our bond of friendship and we must always stand shoulder to shoulder with those who share our values.'