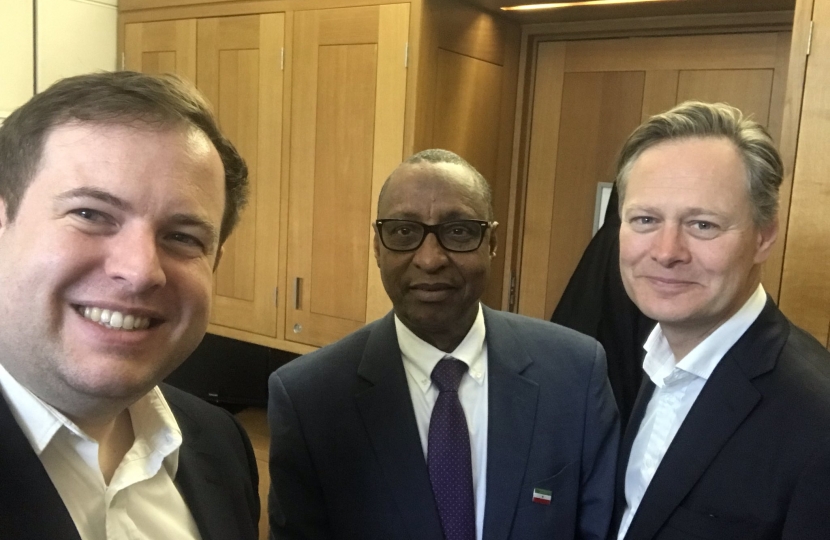 Matthew has met with the Head of the Somaliland Mission to the UK in Parliament.

HE Abdi Abdillahi Hersi was recently appointed the Somaliland representative to the UK in December. During the meeting, which was organised by Stephen Doughty MP, Matthew and the Mr Hersi discussed issues affecting Somaliland as well as the work of the APPG of which Matthew is a member.

The meeting follows Matthew's visit to the country in 2018 on an official delegation.