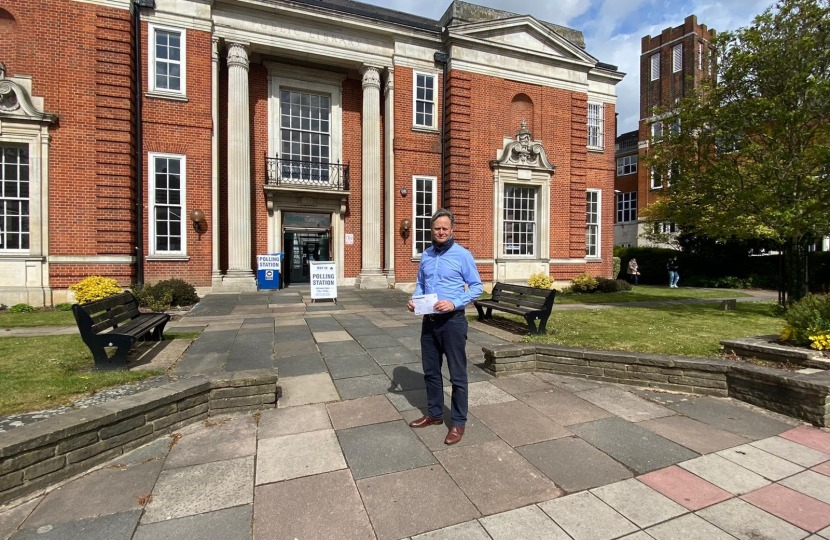 Now that the local elections are over, Matthew is welcoming Barnet Council getting back to providing local services for the people of the Hendon constituency. During the election campaign, Labour promised to freeze Council Tax for 2022. Given that 5 months of 2022 has already passed and the Conservative budget already implemented, this should not be too hard to achieve. While there is a lot of 'support', 'encouraging' and 'developing' of inclusive issues - including increasing the number of 'champions' within the Council - there are few tangible actions to be implemented. Issues such as social care, recycling and home building are already being addressed by the Government.

Matthew said: "I would remind the Labour administration that their own Leader said that it was not Labour policies that brought them control, but Conservatives dissatisfied with the cost of living and 'partygate' who failed to vote. However, I will be holding the Labour Party to account if they withdraw funding from vital services, such as Adult Social Care, if they fail to make good on providing services such as the quarterly free skip service, and returning food waste collections - for which I secured agreement from the Government that councils should do so on a national scale through the Enviroment Bill. And let's see them bringing forward a valid, legal budget that does not increase council tax. I suspect that like the Labour Mayor of London, Labour will screech that every problem is the fault of the Government, even when more money has been provided than in the past.

"Given that members of the newly elected Labour group already appear to be plotting a challenge to the current leader, this may all change. What I remember from when I was first elected in Hendon as a Councillor in 2002 is that absolutely no money was left in the reserves when we took over from Labour and the Lib Dems, not a single brick had been laid in efforts to rebuild the West Hendon and Grahame Park estates, failing schools were at a record high in the Borough and the parking service was in default. Give it time. Same old failing Labour, new problems to come."