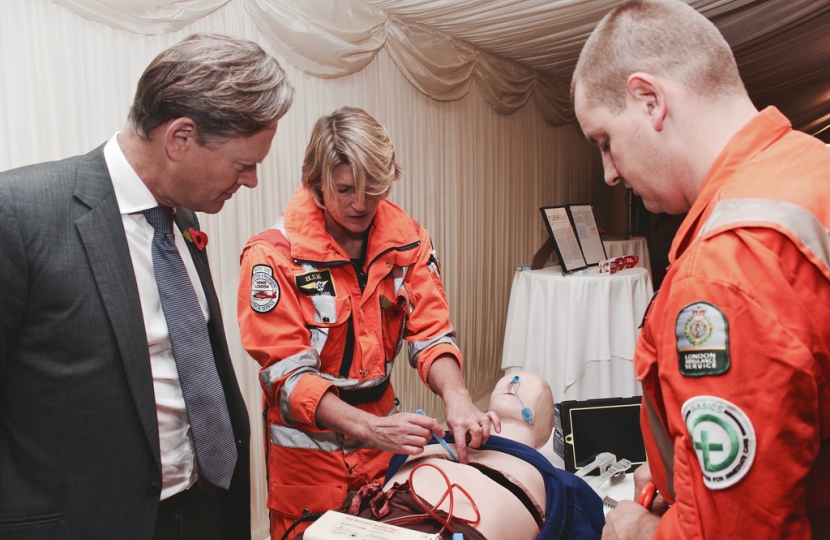 Matthew joined politicians from across London to pledge support for London's Air Ambulance, the charity that delivers a 24/7 advanced trauma team to critically injured people.

MPs, peers and GLA members gathered in Parliament on Tuesday to congratulate the charity on winning the Pride of Britain Emergency Services award. Advanced trauma doctors and paramedics also attended and set up medical demonstrations so guests could try out life-saving medical treatment on realistic dummies.

Politicians were also able to meet the helicopter pilots, fire crew and former patients at the event, hosted by London MPs Rushanara Ali (Labour) and Boris Johnson (Conservative) – key supporters of the charity.

Matthew said: "In the past, as a beach lifeguard, I worked closely with the Cornish Air Ambulance, the first air ambulance service in the country. Since being elected as a Member of Parliament, I have continued with my support for the service. This has included lobbying Treasury ministers to return the VAT paid by the air ambulance charities on their fuel, enabling them to help more people."

Matthew will also be visiting the London Air Ambulance helipad in the future to witness how the craft works with hospitals.