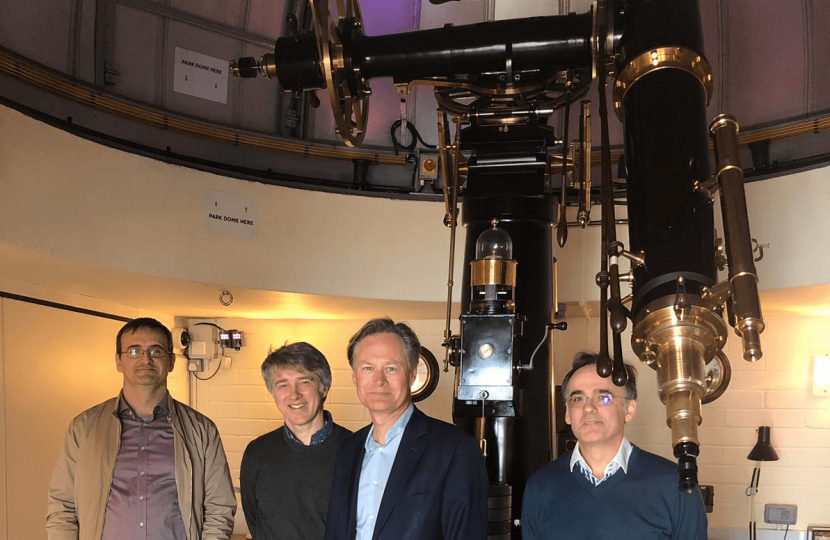 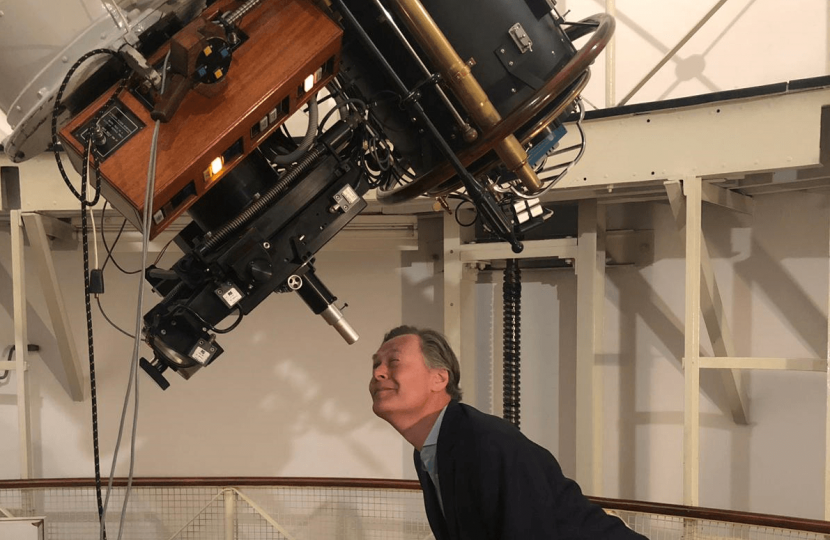 Matthew was delighted to visit University College London’s observatory in Mill Hill to see the world-class teaching facility that is part of the University’s Physics and Astronomy Department.

The site contains five permanently mounted telescopes, has two lecture rooms and a specialist astronomy library. Students from central London have access to the facility to be trained in data-reduction techniques, the practical applications of astrophysical theory, and computational astronomy.

This well-known landmark in Mill Hill first opened in 1929 principally as a research establishment but after the Second World War practical astronomical teaching at UCL was moved from Gower Street to Mill Hill. Since that time larger research instruments have been provided at other sites and the emphasis at Mill Hill has gradually shifted from research to teaching, with student numbers increasing from eight in 1949 to about 100 today. The observatory has been instrumental in the discovery of several planets and star systems such as the bright type La Supernova SN2014J that was discovered at UCLO on 2014 Jan 21 by Steve Fossey whilst leading a team of students.

In the last 14 years donations have been solicited to purchase and install a new Large Telescope (80cm reflector) and work has been completed on its plinth before its introduce in the next few months.

Matthew said: “Many people pass the Observatory on the A41 and do not even realise that a world-class facility is on their doorstep. It’s incredible to realise that the research and teaching that takes place at the Observatory is helping to discover other galaxies, planets and asteroids. This not only assists in the possibility of space exploration and discovery but helps us to understand our own planet. A small part of the Hendon constituency is opening a window into the universe and that puts many parts of our lives into another perspective.”