Matthew questions Imran Khan on safety and security in Pakistan 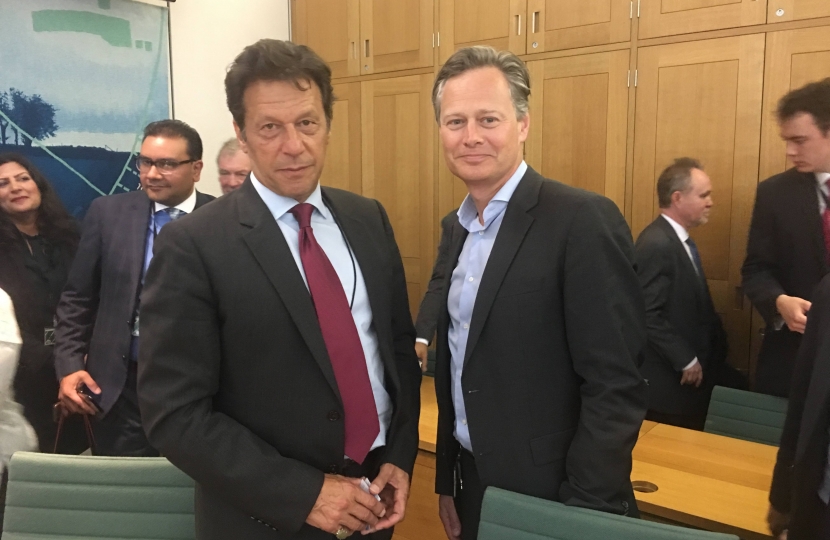 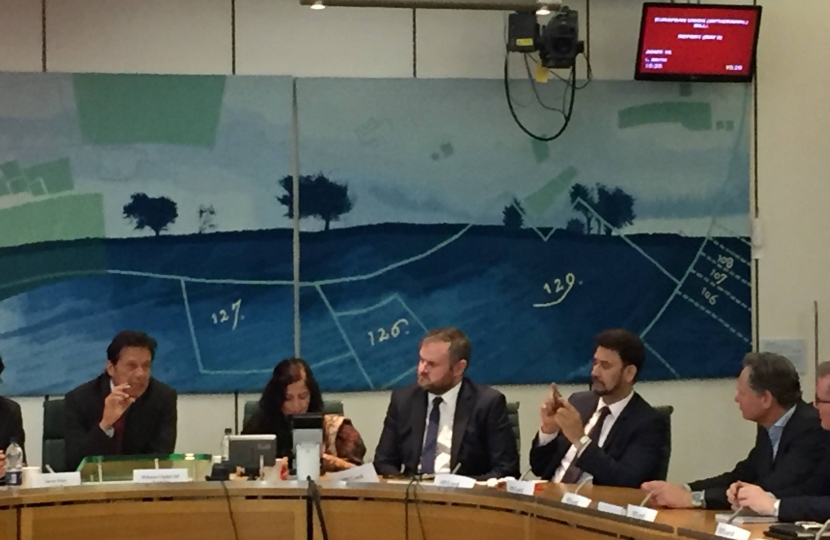 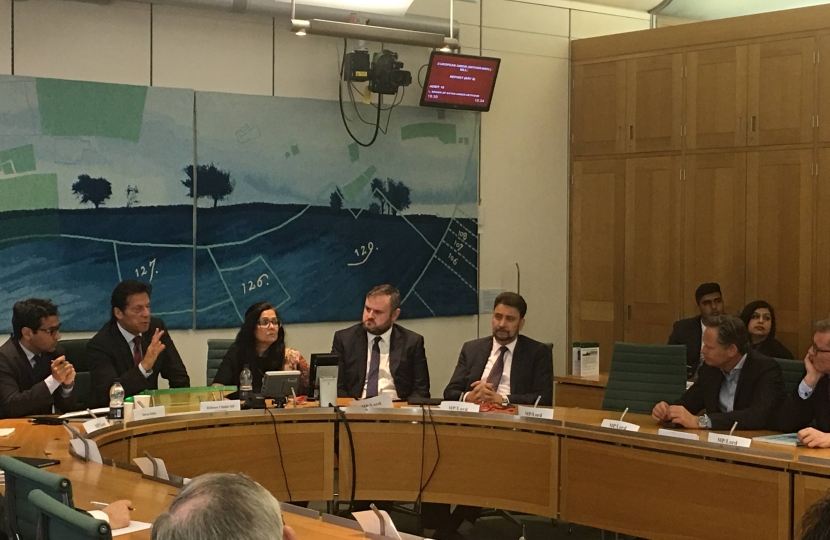 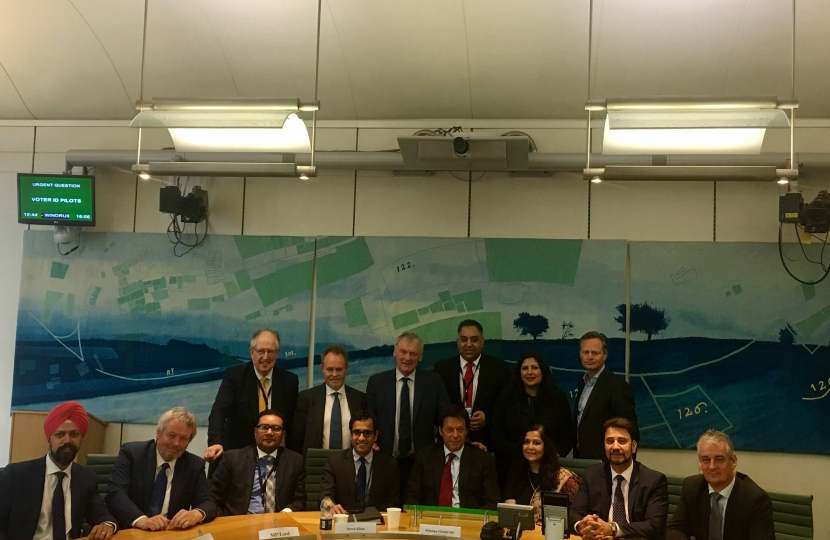 Matthew joined other MPs to meet with former cricketing star and current politician Imran Khan in the Houses of Parliament to discuss the forthcoming elections in Pakistan.

Imran is Chairman of Pakistan Tehreek-e-Insaf (PTI), one of the major political parties in Pakistan, and is a member of the Pakistan National Assembly. He is contesting to be the next prime minister of Pakistan in the general election to be held in July. After a high profile and successful international cricket career, Imran founded the PTI in 1996 and under his leadership the party has grown to be the second largest in the country and the main contender for government after the incumbent party, the Pakistan Muslim League.

Following a visit to Pakistan last year, Matthew was keen to discuss safety and security in the country as many residents of the Hendon constituency visit family and friends in Pakistan.

Matthew said: "On my visit to Pakistan I saw the enormous steps the Government in Pakistan has taken to improve security.

"Between 11th September 2001 and May 2011, while the attention of the world was elsewhere, a total of 35,000 Pakistanis were killed with the direct and indirect economic costs of terrorism estimated to total $68 billion.

"That situation has been turned around and I look forward to the country's economic fortunes also being turned around. The result of the forthcoming elections could be the start of that process."