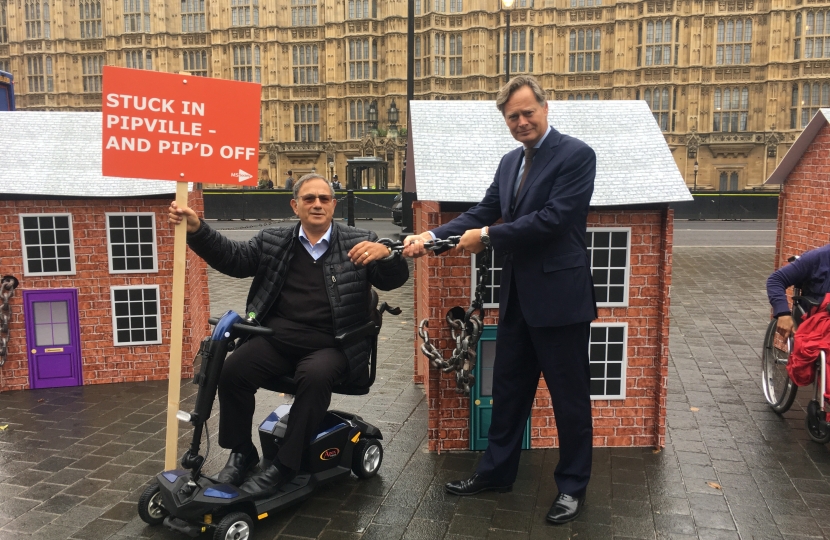 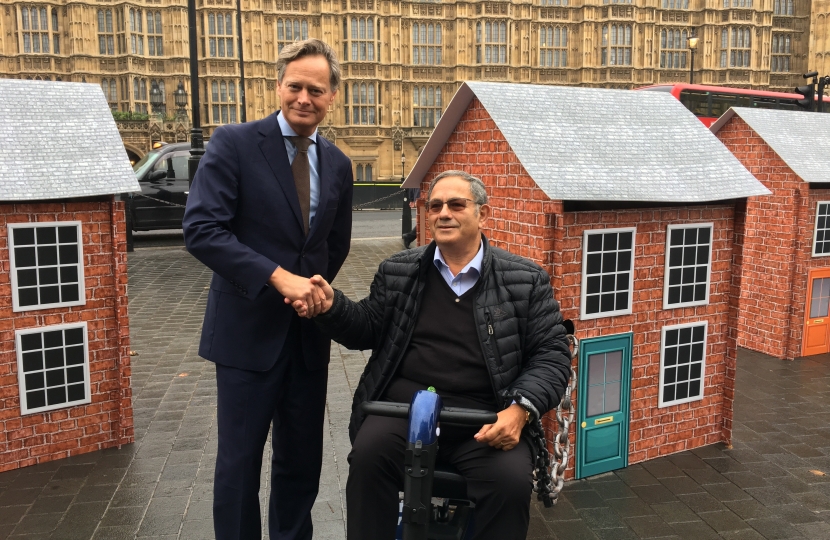 Matthew has met with his constituent at a lobby day outside Parliament to discuss the Personal Independence Payment (PIP) 20 metre rule.

PIP began to replace Disability Living Allowance (DLA) in 2013 and under the new scheme the distance that is required for applicants to walk has been lowered from 50 metres to 20 metres.

Attendees at the MS Society lobby, including Hendon constituent John, told Matthew that this rule is affecting those with Multiple sclerosis (MS) disproportionately.

In a UK survey of people with MS, it was reported that not only is this rule change affecting the personal finances of individuals but is directly affecting NHS resources as more people with MS who have lost support are relying on additional support from GPs and A&E services.

Matthew said: "It was a pleasure to meet John and hear his concerns about this rule. This is a subject which is very important to me personally and now we know the full effects of this rule change on both individuals and NHS resources, I will aim to raise this with the appropriate Minister."