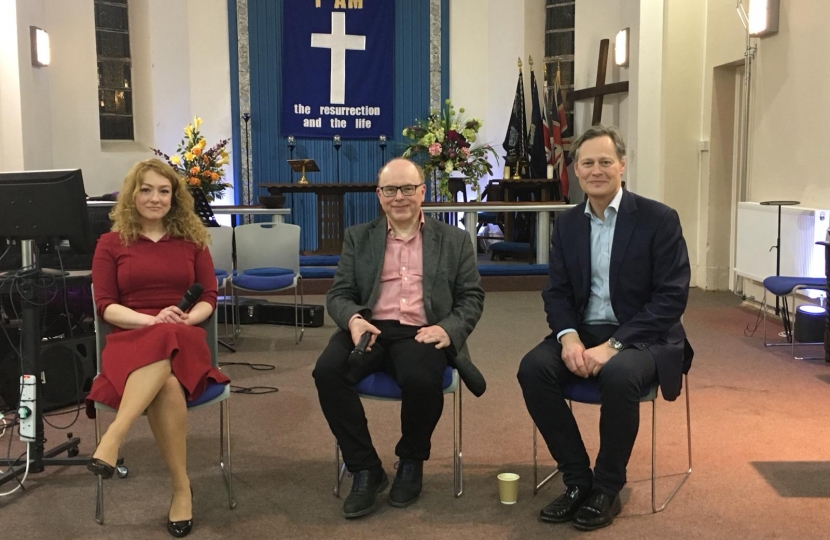 Matthew was pleased to visit the congregation at the Maretul Har, Romanian Evangelical Church in Edgware. The visit provided an opportunity to see how the church brings together people whose family originated in Romania but who have made Edgware their home. Following the service, Matthew held a question and answer session about his role as the Member of Parliament, telling people how Parliament works, the issues he is working on and giving them his views on Brexit. Many questions were asked about how people could ensure they did not get caught out as an EU national post-Brexit. Matthew advised that they could apply to become UK nationals, which many already had, or apply to the EU Settlement Scheme to continue living in the UK after 30 June 2021.

Matthew said: “The service was a valuable opportunity to let people know that not only are they welcome in our community but also that they should apply to the EU settlement scheme because the Government has waived the application fee for people already living here with established lives. I was amazed at how many people had already decided to become UK nationals but it is an obvious route to take for those who have not as so many have started up their own businesses and employing others."

The Government is expected to bring back a motion to approve a deal for the purposes of section 13(1) of the European Union (Withdrawal) Act 2018 on Tuesday 12th March. The UK legally cannot ratify a withdrawal agreement unless (among other things) this motion passes.