Matthew speaks out against anti-Semitism 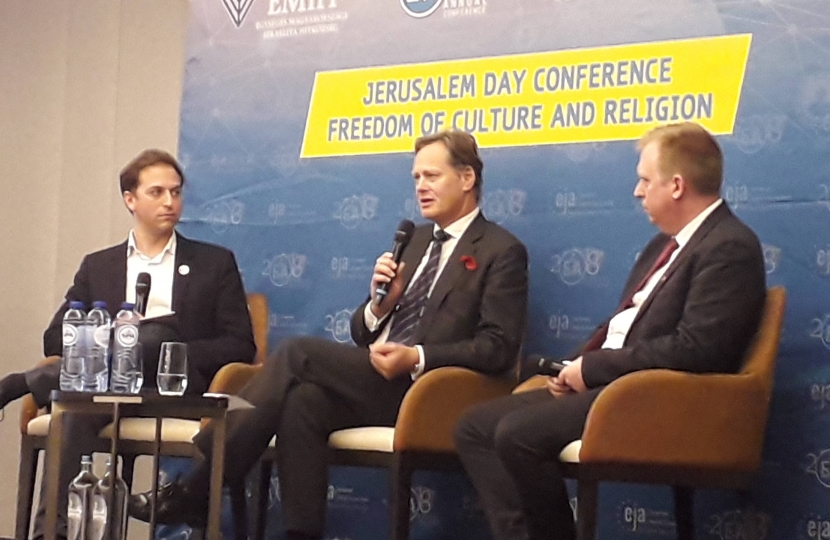 Matthew was pleased to attend the European Jewish Association’s conference to speak about the threat of political and criminal anti-Semitism. He was joined in a discussion panel by Gideon Falter of the Campaign Against Antisemitism (CAA) and David Maddox, Political Editor of the Sunday Express.

Many delegates were shocked at the extent of anti-Semitism that is currently being expressed within the UK after they heard examples such as members of the Labour Party’s NEC accusing ‘Trump fanatics’ of making up allegations of anti-Semitism, the length of time the Labour Party has taken to investigate allegations and even a Labour MP describing his own party as an “institutionally racist” organisation.

The number of accusations of anti-Semitism reported to the Community Security Trust (CST) in the UK actually fell by 8% in the first six months of 2018 compared to the same period in 2017. However, the total of 727 anti-Semitic incidents recorded by CST in the first six months of 2018 was the second-highest total CST has ever recorded for the January to June period of any year. This has come as a great concern to many people in the Hendon constituency.

Past and current Home Secretaries have made their feelings known about the problem. Since 2010, the Conservative Government has taken many steps to address the issue. This has included:

Matthew said: “Millions of people are appalled by what has happened in the Labour Party. In the last four years anti-semitism has become a torrent, the Party’s response to threats to our country’s security has become equivocal, and moderate Labour MPs have become targets for harassment and deselection.

"Anti-Semitism used to be a scourge in Europe and now it is appalling that our European colleagues see the problem emerging in Britain. The conference was a good opportunity to hear from others how this menance should be tackled and reinforce messages that hate crimes start with speech and rhetoric and it is necessary to address this immediately when it occurs.”