Matthew speaks for a reunited Cyprus 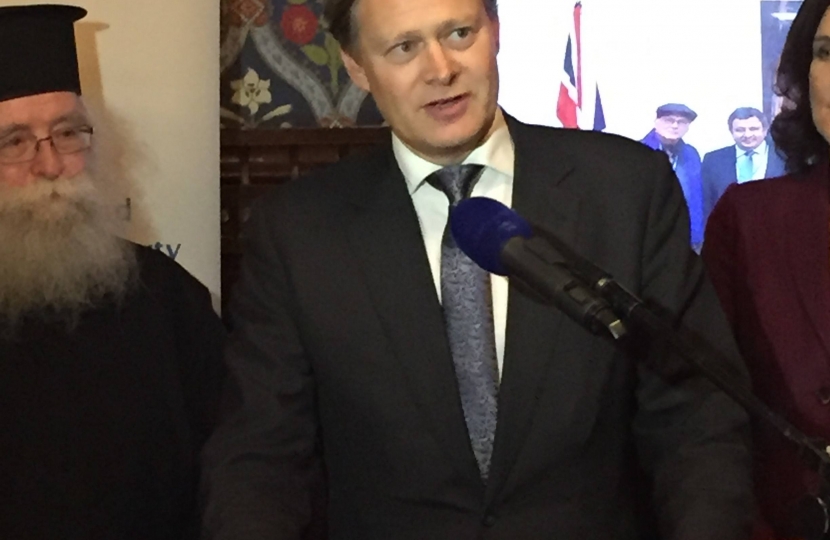 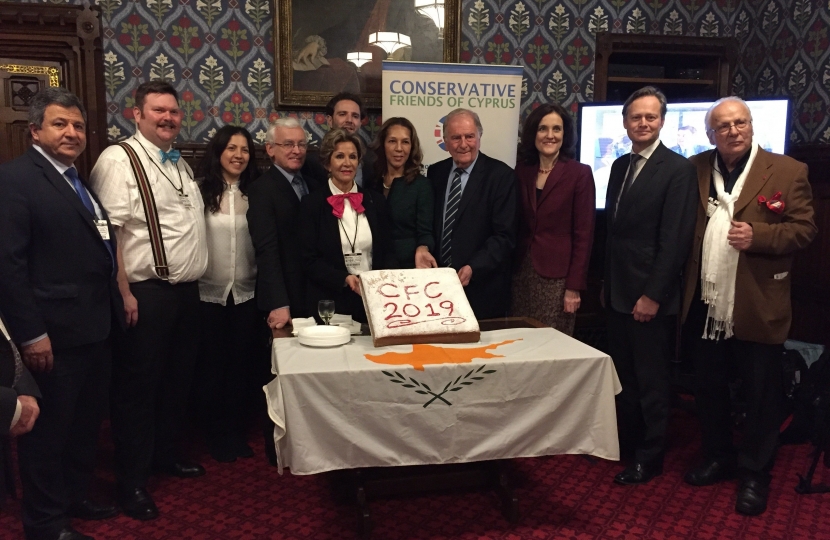 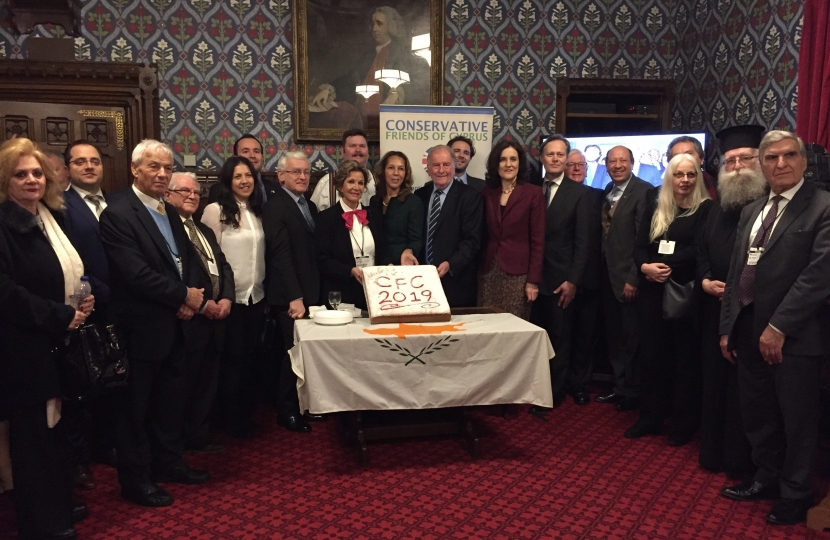 Matthew was pleased to attend and speak at the Conservative Friends of Cyprus' annual New Year reception in the Palace of Westminster with the traditional Vasilopita cake cutting ceremony. Members of the British Cypriot community were also joined by the Rt Hon Theresa Villiers MP, Sir Roger Gale MP, Martin Vickers MP, Sheryll Murray MP, Bob Blackman MP, and Vice-Chair of the Conservative Party, Helen Grant MP. The ceremony was presided over by Father Meliton on behalf of the Greek Orthodox Archdiocese and included the traditional New Year carols.

Addressing those present, Matthew referred to September’s parliamentary visit to Cyprus, organised by the Conservative Friends of Cyprus, noting how moving he had found his experience of visiting the Green Line. He added that British MPs will continue to press for a unification solution that is acceptable to all - both Greek and Turkish Cypriots - and that they will continue to raise the issue of the occupation to ensure that Britain does not forget the situation in Cyprus.

Matthew said: "Greece has a tradition of baking a lucky cake to start off the New Year and it is my hope and that of many others that this year may finally see the reunification of Cyprus."

Republic of Cyprus High Commissioner, HE Euripides Evriviades, thanked the "all weather" friends of Cyprus, saying that their support would not be forgotten. He stressed that the only thing Cypriots are asking for is what all peace-loving people in the world enjoy - democracy, respect for human rights and the rule of law. He also noted that the bilateral relationship with the United Kingdom extends far beyond the existential Cyprus issue, referring to cooperation on regional security, trade and tourism.