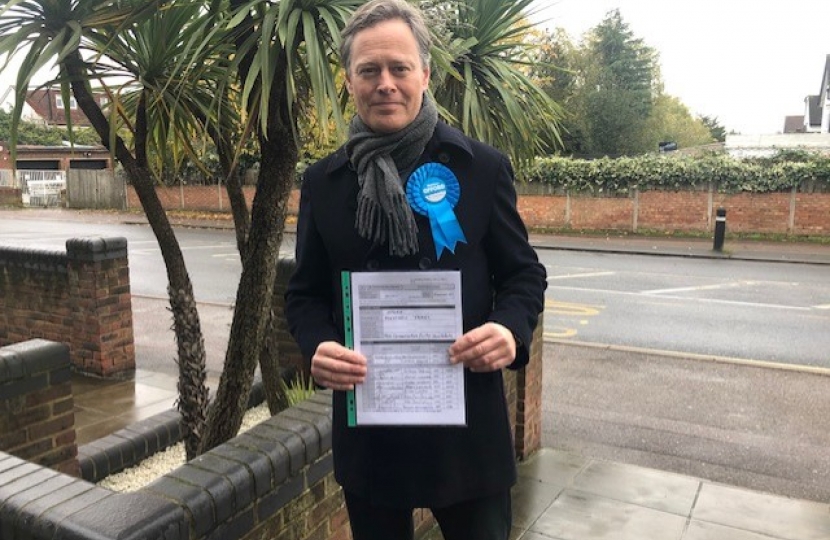 As nominations closed for the General Election, Matthew was pleased to announce that he had been successfully nominated as the Conservative candidate for the Hendon constituency. The formal process requires the signatures of ten people who are included on the local electoral register. However, Matthew was delighted at the number wanting to nominate him and thirty people signed three nomination papers, the maximum permitted.

Matthew said: “I am honoured to have been nominated as the only local candidate and am grateful to all those who signed my nomination papers. I would also like to thank everyone who has already been out across the Hendon constituency campaigning for a Conservative Government. There are various issues on people’s’ minds but one is overwhelmingly - Jeremy Corbyn is not wanted as the Prime Minister of the U.K. I am not complacent, however, and my team and I will be campaigning for every vote until the close of the polls at 10pm on Thursday 12th December.”