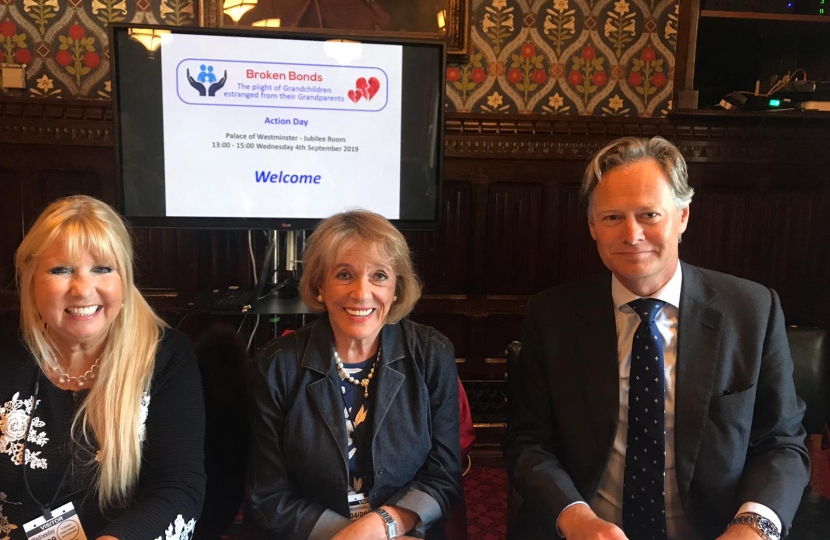 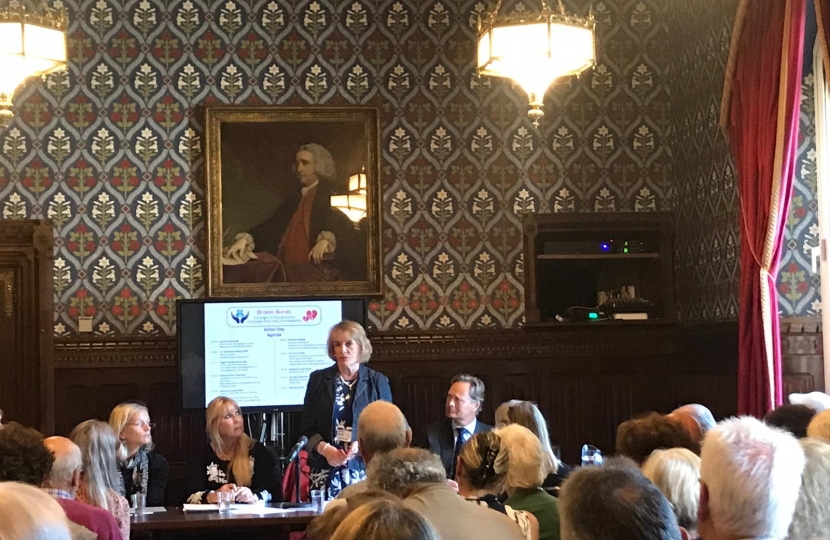 Matthew has been pressing the Government for a change to the Children’s Act 1989 to give the child a right in law to have a relationship with their grandparents and other members of their extended family. addressing an issue that is dividing families across the country and the Hendon constituency – that of grandparents being denied access to their grandchildren.

Matthew hosted a lobby event in Parliament this week, organised by the Hendon Grandparents Support Group, which was attended by grandparents from across the country, family lawyers and campaigner Dame Esther Rantzen. Matthew told the meeting that the importance of grandparents in the lives of children cannot be overstated with research suggesting that the quality of attachment between grandchildren and grandparents contributes to the child’s well-being and sense of worth and provides a special love and nurturing which is healthy for children.

Estrangement can occur as a result of separation of parents, death, family disagreements, or sometimes a mere word out of place. For grandparents and the grandchildren from whom they become separated, it can be very distressing with grandchildren often not understanding the reasons for the estrangement.

Currently, when access to grandchildren breaks down, grandparents’ only real recourse is through the courts. Many, understandably, do not want to put their grandchildren through such a process nor create further tensions within the family which are only likely to worsen the situation. It can also be a lengthy and expensive course of action – often costing thousands of pounds – and many grandparents are not in a position to afford such costs.

Matthew has raised the issue with the Department of Justice and is seeking a change in the law so that it is not that grandparents should have a specific right of access to their grandchildren, but that the child should have a right, as in France, to have contact with their extended family, including grandparents..

Matthew said: “Disputes involving children can be complex, but placing the emphasis of entitlement on the child, rather than the grandparent – whose relationship with the parents is often difficult and fraught – must be the way forward.It is therefore very encouraging that MPs of all parties are pressing Ministers for a change to the Children’s Act 1989 to give the child a right in law to have a relationship with their grandparents and other members of their extended family.

"The Ministry of Justice has indicated that they will consider any proposals for helping children maintain involvement with grandparents. This will, I am sure, be very welcome by the many grandparents who are affected by this issue, some of whom have been fighting for years for the simple pleasure of having contact with their grandchildren.”