Matthew visits Syrian refugees: the conflict "is a tragedy" 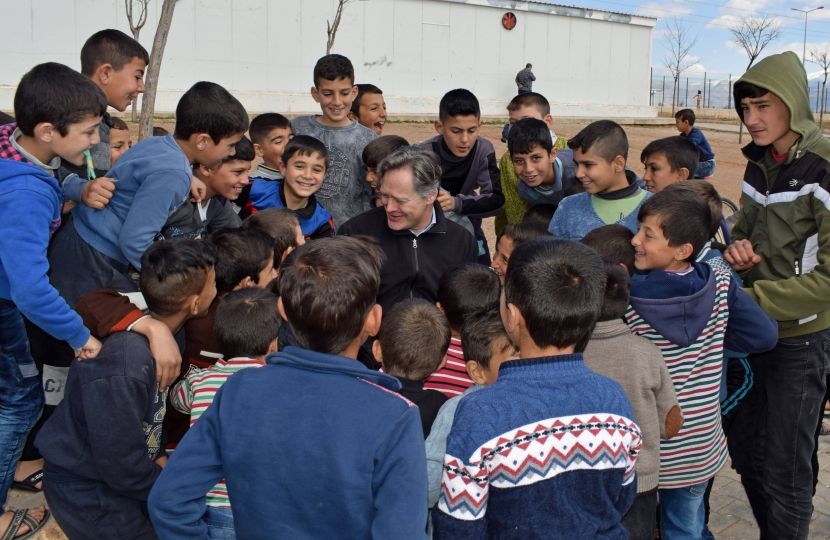 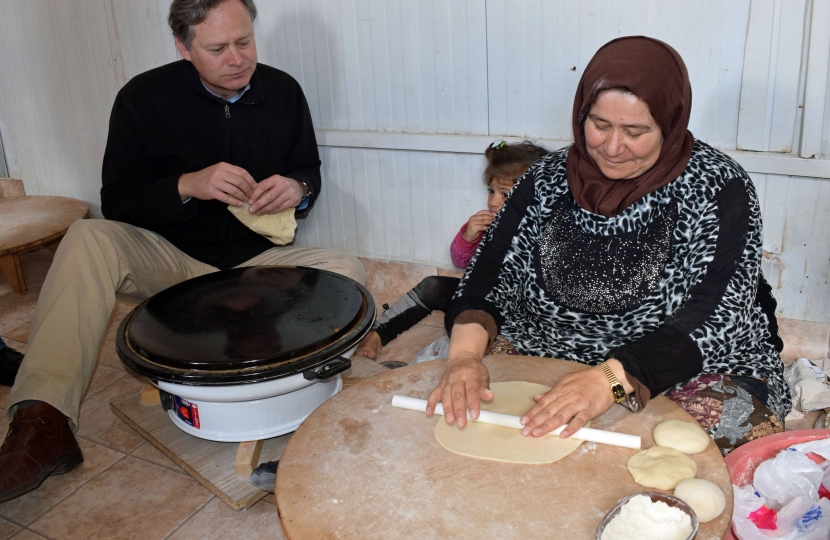 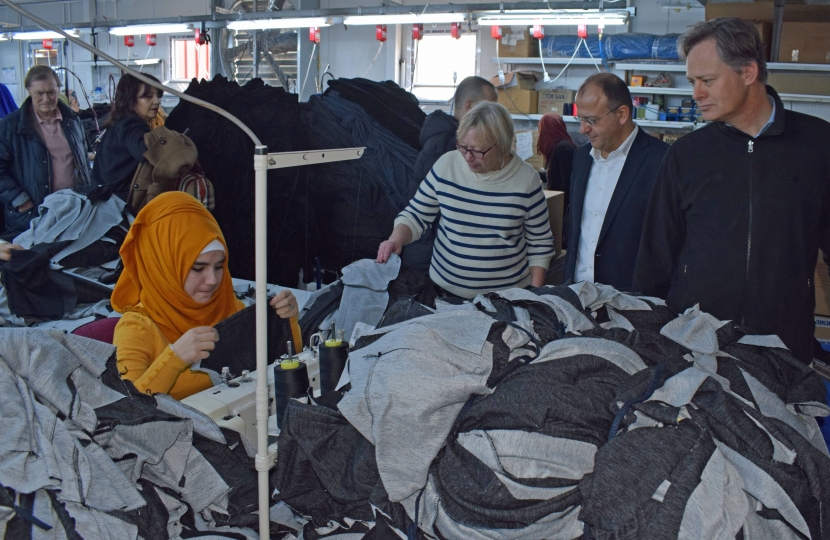 On a recent Parliamentary visit to Turkey, Matthew visited the Beydagi Refugee Camp in Malatya. Established by the Turkish Government's Disaster and Emergency Management Authority (AFAD) in 2013 in response to the on-going conflict in Syria, the camp houses 9,500 people, many of them women and children. Since opening, over 700 children have been born in the camp. The housing units are constructed from converted shipping containers and prefabricated housing units and while they are safe and secure they are basic. Matthew saw women making traditional bread, visited a shop and clothes store on the site.

The camp also houses a manufacturing warehouse where residents work as seamstresses supplying LC Waikiki, a Turkish national brand, with a range of clothes. This allows refugees to retain a sense of self-worth by spending their time productively and earning an income. As many clothes on sale in the UK are made in countries including Turkey, this is good employment.

Many of the children in the camp are not with their immediate family. Matthew made friends with several children, including Irfan who is in the camp with his grandfather as his parents remain in Syria. Irfan and other residents walked several days to escape from the conflict which was described by one refugee as a 'proxy war' that is being fought by external forces.

Matthew said: "My visit to the refugee camp was a humbling experience and showed me how people fleeing conflict continue to live under great hardship. Those in the camp were educating their children, earning a living and considering what will happen when the conflict ends. The fighting in Syria is a tragedy which shows what happens when the international community fails to take action to prevent a proxy war. The consequences are the people I met."