Matthew: We owe it to the lives lost to protect Afghanistan and its people 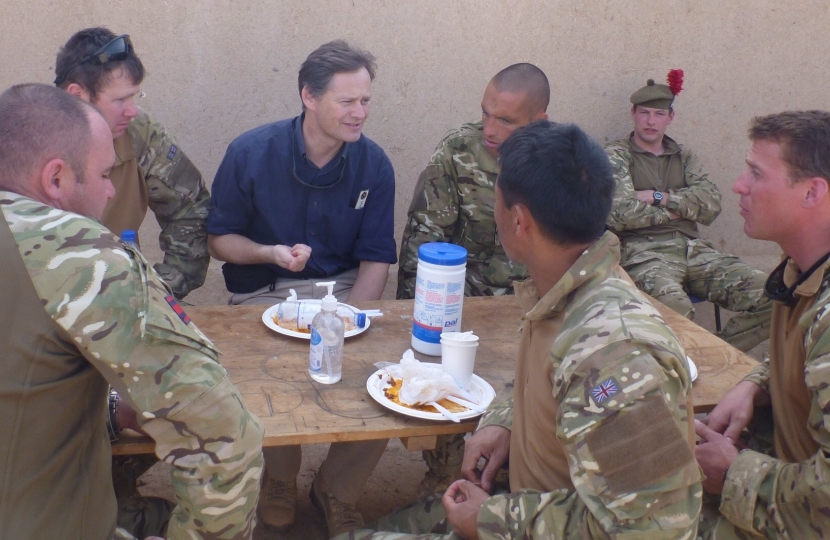 The situation in Afghanistan is horrifying but, sadly, not surprising. Ever since the announcement was made that all allied troops were to be removed, the Taliban has been biding their time to return.

Efforts to bring democracy, education and the emancipation of women were welcomed across the world. Matthew visited Afghanistan in 2011 (pictured) and became aware of valuable infrastructure projects, in part financed by British taxpayers money, that constructed hospitals, schools, hydroelectric dams, roads and telecommunications. Opportunities for Afghan people started to bring peace alongside prosperity but that will now come to an end.

The Taliban belong to the Deobandi movement and demand strict religious observance and a literalist interpretation of the strictest provisions of the Sharia. In areas that previously came under Taliban control there were massacres of Shi’ia Muslims, notably in the northern city of Mazar-e Sharif.

In recent days there have been reports of targeted assassinations, indiscriminate violence, and attacks on infrastructure and institutions. Alongside the mass executions of Afghan citizens in Spin, Boldak, Kandahar, the repugnant practice of forced marriage of women and girls, some as young as 15, to Taliban fighters has resumed.

In respect to geo-political security in the region and beyond, the imposition of the Taliban is of great concern to other countries including India, Pakistan and even Russia. President Putin is particularly concerned that Afghanistan could become a haven for renegades to bring violence in the central Asian states. Last week Russia moved tanks to the Tajikistan-Afghanistan frontier for military drills to shield its ally from the collapse of the Kabul government.

Matthew said: “Given the speed of the Taliban’s advance, the question to be posed is what can be done? A single day’s recall of Parliament does not provide the opportunity for every member to speak as time does not allow. If I had been successfully called to do so I would have demanded that the UK Government did everything to:

"The irony is that it was two decades ago that military action was taken in Afghanistan following the attacks of 9/11 in New York. We were told that Afghanistan would be turned around by removing the Taliban who allowed a safe haven for Al Qaeda and others seeking to bring violence and terror across the world.

"After the loss of 454 British forces and MOD civilians who served in Afghanistan from the start of operations in October 2001, we owe it to them and the Afghani people to prevent the destruction of the country by the Taliban”.

Information for constituents contacting Matthew Offord regarding British nationals, those Afghans who have worked for the UK and are eligible for relocation, and their families who wish to leave Afghanistan.

If the person/people you are concerned about is/are British nationals, they should call the British Embassy Kabul on +93 (0) 700 102 000 or +44 (0)1908 516666 and select the option “Consular services for British nationals” as soon as possible. They can also directly email help@fco.gov.uk.

If they are non-British nationals that have obtained a visa to stay in the UK, or have a pending visa application for the UK, please provide the following information:

If they are current or former directly employed Locally Employed Staff who have worked for the UK Government or are eligible under the Afghan Relocations and Assistance Policy please provide the following information:

If they are Afghan citizens, then information on how to apply for the recently announced Afghan Citizens’ Resettlement Scheme will be available on the Home Office website in due course. Please continue to monitor the page for updates.