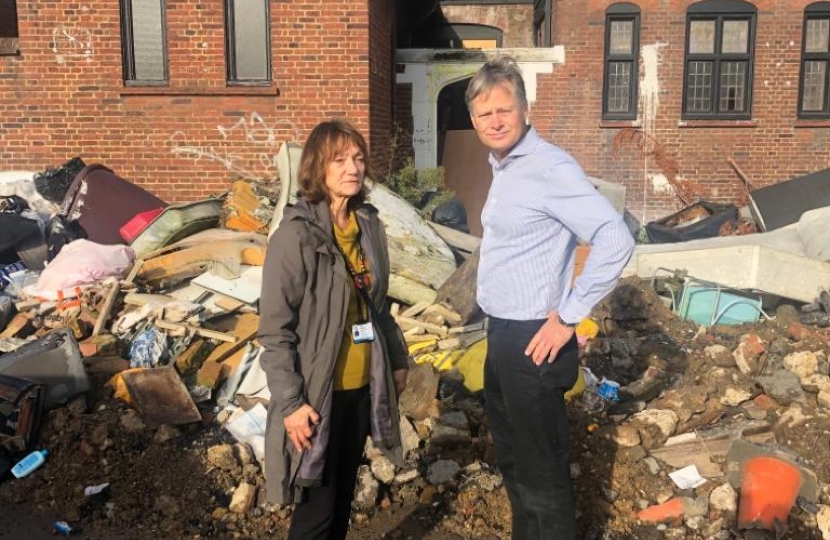 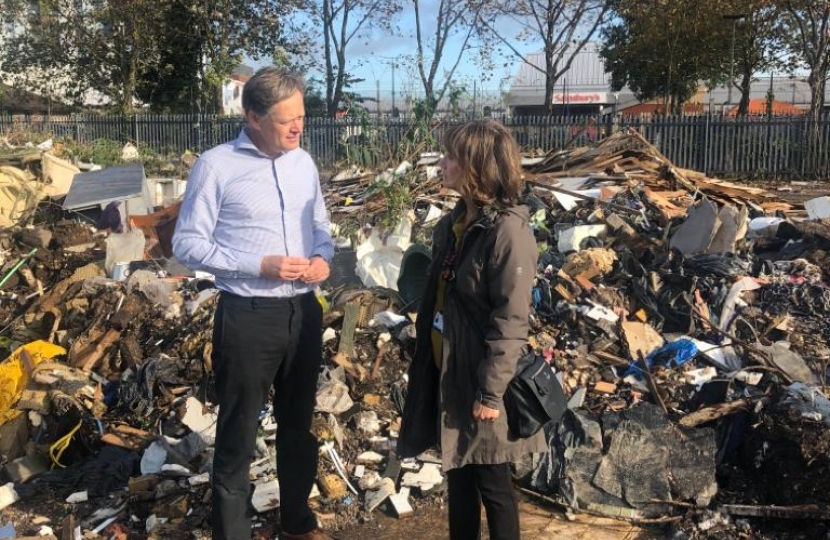 Matthew visited the site with Edgware Councillor Linda Freedman during the autumn, following which he wrote to the Environment Agency to ask for help in requiring the landowners to clear the site. Councillor Freedman also pressed Barnet Council to take action. The Council served the owners of the land, Milegate Limited, with a Section 215 Notice. This ordered the owners to clear all the fly-tipped rubbish. When the owners refused to comply, the Council began legal proceedings against them. Milegate pleaded guilty to breaching the Section 215 Notice and fined £8000 in fines, costs and victim surcharge.

Matthew said: "Fly-tipping is illegal. It is damaging to the environment, an eyesore and can be a health hazard. Fly-tippers will be prosecuted if they can be identified but in this instance this was not possible.

"In this case, it is the responsibility of the landowner to clear and dispose of fly-tipped rubbish on their land and this tip had grown so large it could be seen from space. The Environment Agency and Barnet Council were in contact with the landowner to inform them of their responsibility and to take all reasonable steps to prevent further illegal deposits. Barnet Council have now taken legal proceedings against the landowners and I am delighted they are required to clear the tip."

If residents are aware of environmental incidents, including waste crime, they should be reported to the Environment Agency on their 24-hour Freephone Incident Hotline on 0800 80 70 60. This ensures that they are logged and tracked effectively.

Mathew has written to the Chancellor of the Exchequer asking for financial support for the self-employed during the coronavirus emergency.