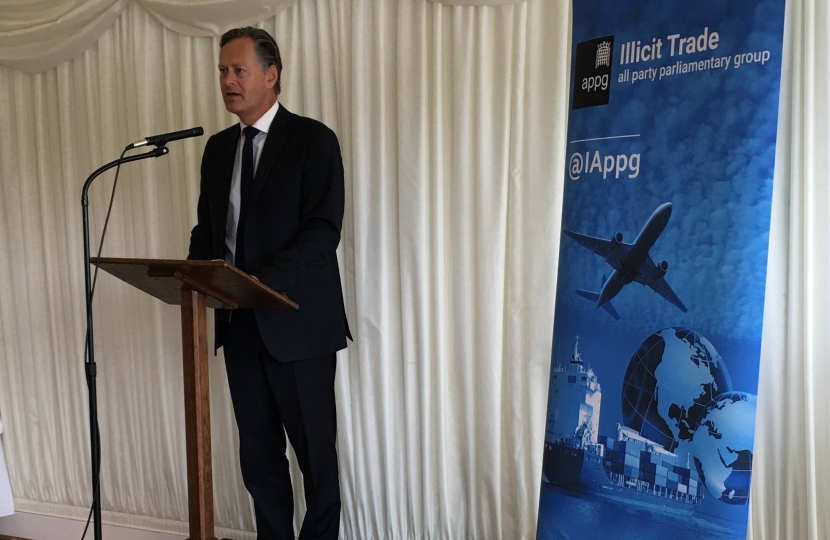 Matthew has welcomed the inclusion of a Government commitment to setting up a UK-wide Anti-Illicit Trade Group in this week's Budget.

This Government support follows recommendations from the Illicit Trade All Party Parliamentary Group (APPG) set up by Matthew and supported by cross-party colleagues.

The recent report called upon the Government to act on the illicit trade of goods which is estimated to cost the Treasury billions of pounds per year in lost tax revenues as well as having a harmful effect on consumers, jobs and links to organised crime. The report took evidence from retail representatives, national and local police forces, local authorities and major think tanks. The report concluded that the Government should endorse and support the creation of a UK Anti-Illicit Trade Group to tackle the issue.

The Government announcement in the Budget reads:

“To signal its intent to put an end to the illicit trade in all its forms, the government will act on the recommendations of the recent All Party Parliamentary Group report by supporting the creation of a UK-wide Anti-Illicit Trade Group. This will bring together senior officials, representing each of the four parts of the United Kingdom, to share best practice and develop a national strategy for tackling this criminal activity and the societal ills that it fuels.”

As Chair of the Illicit Trade APPG, Matthew said: “I am delighted that the Government has made this firm commitment to take forward recommendations made by the Illicit Trade APPG. Since the Group was established last year we have enjoyed building constructive relationships with HM Treasury, as well as consumer groups, businesses and public authorities that are working to tackle illicit trade in all its forms.

“This statement from the Government is a clear sign that it is looking towards the APPG for leadership, and we are excited to be collaborating with Ministers and officials to set up a strong and effective UK-wide Anti-Illicit Trade Group”.