Matthew welcomes a Queen's Speech for the People 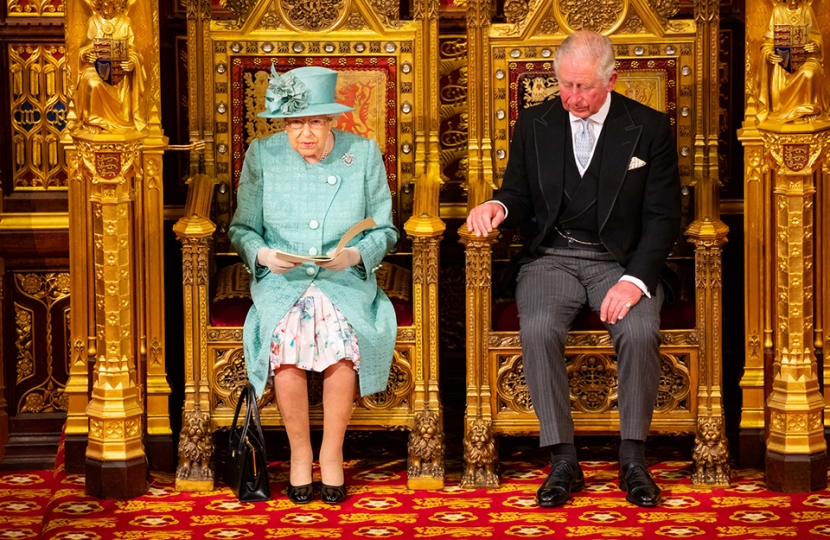 The Queen's Speech is delivered by the Queen from the Throne in the House of Lords during the State Opening of Parliament. The speech is written by the government and contains an outline of its policies and proposed legislation for the new parliamentary session.

Today’s Speech, which follows the Government’s landslide win in last week’s General Election, includes 30 new Bills on issues such as the NHS, Brexit, the environment, prisons, pensions and education. More detail on what was included can be found below.

Matthew said: “The deadlock has finally been broken and Parliament can begin working for the people again. Tomorrow we will be voting on the Withdrawal Agreement, so that after Christmas we can focus on everyone’s priorities: more police, proper funding for our schools and ensuring our NHS has the resources it needs.

“This Queen’s Speech presents a clear agenda; a One Nation Conservative government which will unite our country once again."

NHS Funding Bill and NHS Long Term Plan Bill to ensure a multi-year funding settlement. Alongside this a new visa will ensure qualified doctors, nurses and health professionals have fasttrack entry to the United Kingdom. We will also seek a cross-party consensus on Social Care and hospital car parking charges will be abolished for those in greatest need.

We will deliver Brexit by the 31 January and make the most of the opportunities it provides. To do this the Government will bring forward the following Bills: Agriculture Bill, Fisheries Bill, Trade Bill, Financial Services Bill, Private International Law (Implementation of Agreements) Bill.

A groundbreaking Environment Bill which will meet the world-leading target of zero carbon emmissions by 2050. Hosting the COP26 Summit in 2020. Enshrining in law environmental targets, including for air quality.

To ensure a fair justice system, new sentencing laws will ensure the most serious offenders spend more time in custody. A Serious Violence Bill will require schools, police, councils and health authorities to work together to prevent serious crime. Those charged with knife possession face swift justice and that the courts work better for all those who engage with them, including victims of domestic abuse [Domestic Abuse Bill, Divorce, Dissolution and Separation Bill]

A modern and fair points-based immigration system will ensure that we have the skills that we needs.

We will continue to support our Armed Forces by incorporating the Armed Forces Covenant into law as well as the NATO commitment to spend two per cent of GDP on defence. An Armed Forces (Legal Protections) Bill to seek better ways of dealing with legacy cases against members of the Armed Forces.

An Employment Bill to encourage flexible working and a Pensions Scheme Bill to introduce entitlement to leave for unpaid carers.

Two Telecommunications Bills to accelerate the delivery of gigabit broadband.

A minimum level of service on trains during strike action.