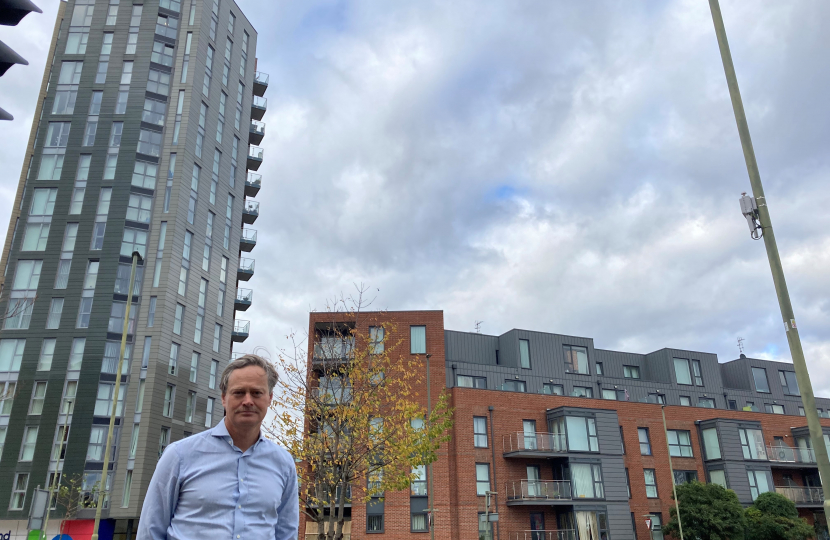 Matthew has spent significant time over the last four years working with constituents who have been affected by the cladding scandal. Since the tragic fire at Grenfell, many people in Hendon have been subjected to unaffordable service demands for their leasehold properties. This had been to pay for remedial works associated with fire safety. Matthew has been pressing the government to legislate so that developers and building owners are financially responsible for making properties safe.

On 21 July the law changed so that for buildings over 11 metres/five storeys in height, building owners and developers are now the first port of call to pay for the remediation of historical building safety defects, protecting leaseholders from costs they were not responsible for.

Landlords and building owners must demonstrate that any costs sought do not relate to works covered by the Building Safety Act 2022. If any leaseholders receive a demand from their building managers or landlords seeking payments in excess of the protected amount, they should read the guidance which can be found here

The Government has also established an online means for leaseholders to check their eligibility for building safety protections which advises exactly where everybody stands. Details can be found here

As a result of the Building Safety Act 2022 and, specifically, the subsequent leaseholder protections, the largest mortgage lenders have confirmed that they will now lend on buildings that will be remediated by the developers that built them or are in a government funded remediation scheme, or where leaseholders are covered by new statutory protections. This means that the housing market will be unlocked for thousands of leaseholders in homes with fire-safety issues, enabling leaseholders to buy and sell and move on with their lives.

Matthew said: “I feel very strongly about this issue and have been pressing the Government for over four years through letters, parliamentary questions and speeches in the House of Commons not simply to recognise that leaseholders should not be responsible - but to act upon it. I have voted against the Government on several occasions in an effort to force them to take the appropriate action. I believe we are just about there and the measures now implemented provide the necessary protections for leaseholders.

“The demands of developers and freeholders in seeking money from leaseholders for remedial works that were not of their making was not just grossly unfair but simply not right. I am pleased that my actions, amongst those of others, have finally given leaseholders protections and begun to draw this sorry episode to a close.