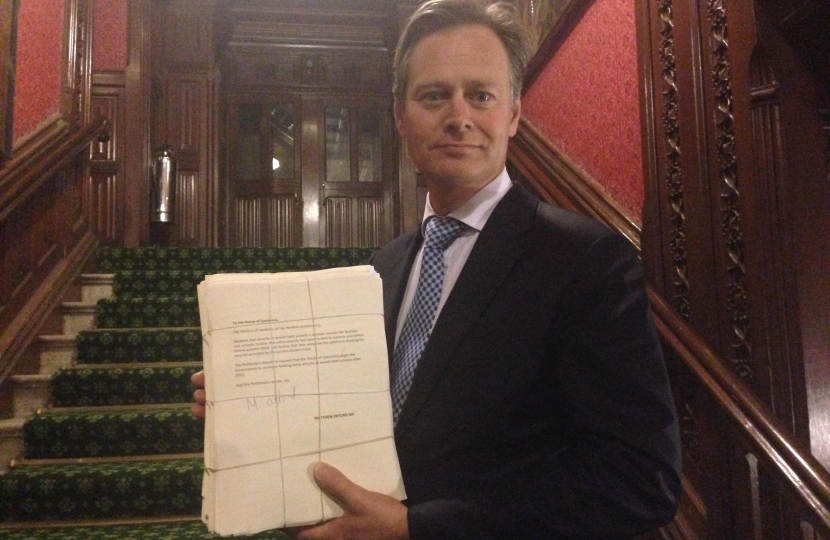 My first question in Parliament in 2010 was to ask the Government if they would pay the additional costs of security for Jewish faith schools.

The previous Labour Government had refused to provide any additional monies for this purpose. As a result, parents and relatives were paying voluntary contributions to provide security guards, CCTV, gates and other measures to ensure their children were safe at school.  I believed it to be unfair and unjust that because of someone's religion they were financially disadvantaged.

I therefore asked the new Government if they would pay for the extra security required and I was successful in getting the then Secretary of State for Education, Michael Gove, to agree to provide £2million annually that could be administered through the Community Security Trust.

However, that funding stream was due to expire in the next year. I was absolutely clear that it must be renewed and I consistently pressed both the Prime Minister and the Education Secretary to make a commitment to continue the funding beyond 2015/16.

In order to demonstrate the strength of feeling amongst my constituents and make the strongest possible case for the Government to provide this money again, I organized a petition which received thousands of signatures. Thank you to everyone who signed - together we have been successful!