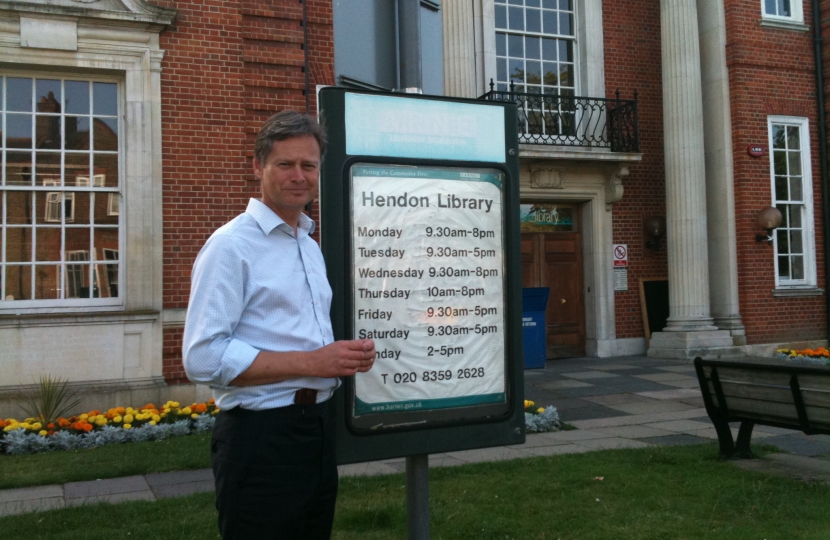 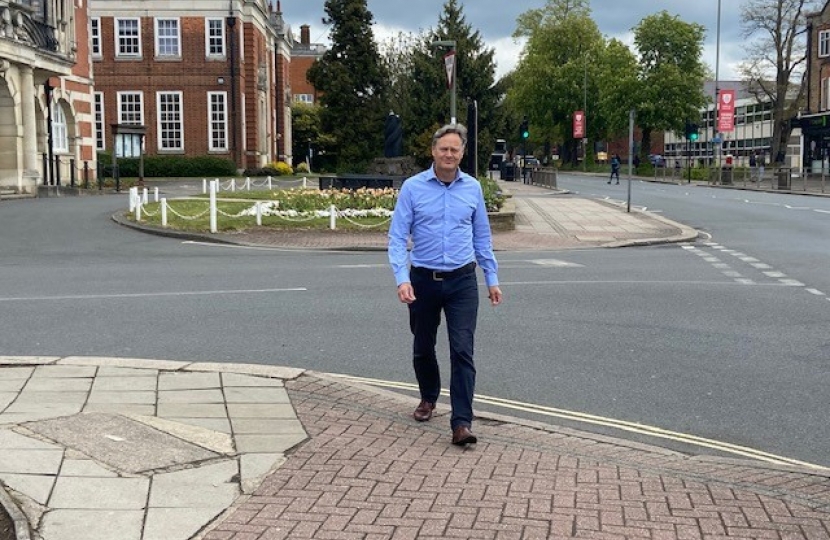 As a local resident of Hendon, I share the many concerns about the proposals for the Hendon Hub.

I have submitted my response to Barnet Council's consultation in which I have highlighted serious issues about the scale of the proposals, loss of community facilities, change to heritage buildings, loss of parking and, most significantly, the impact an enlarged university will have on Hendon.

A summary of my response is below:

Much of the “vision” refers to the University with only passing references to residents. I believe a campus model is being imposed on a largely residential area and the residents of Hendon, myself included, are being side-lined in favour of the University. The student population brings few additional benefits to Hendon. There is, however, more litter on the streets, evidence of drug-related activities, parking issues and graffiti. The introduction of 600-800 will exacerbate this. Residents have long suffered the effects of houses of multiple occupancy (HMOs) and, contrary to the assumption in the proposal, students not able to live in the dedicated accommodation within the ‘Hub’, will seek accommodation in the surrounding area which will lead to an increase in the number of HMOs rather than a decrease.

Scale of the development

I have serious reservations about the scale of these proposals in what is essentially a residential area, parts of which are designated conservation areas. It is also the historic heart of Hendon, which is reflected in many of the buildings, particularly St Mary’s Church, properties in The Burroughs and Burroughs Gardens and the Library building. I believe the height and design of the buildings proposed for The Burroughs are out of keeping with the historic environment. Moreover, properties at The Burroughs end of Egerton Gardens will be completely overshadowed by the adjacent four/six storey building being proposed which will entirely change the character and outlook of Egerton Gardens. Likewise, St Mary’s Church which is within a conservation area should be protected from anything higher than buildings of one storey.

The design of the buildings for The Burroughs appears to have been driven by what the University requires for its students rather than by what might benefit Hendon residents. As a result, I believe it is unimaginative and unsympathetic to the area. I do not believe that we, the residents, want to feel we will be living in the middle of a university campus.

I share the genuine dismay and upset at the entire loss of the historic Library building to the University and I am unclear as to why the current library space could not be redesigned and updated to accommodate everything being proposed for a new library. The space that has been allocated for a new library could then be given over to student facilities. Students also have access to alternative libraries in other parts of London under a reciprocal scheme which allows university library users to use, and even borrow, books and journals at other libraries which belong to the scheme.

The loss of public car parking space is a concern both to residents and to local businesses. Whilst confirmation that the Burroughs Gardens car park is not included in the scheme is welcome, I share residents’ views that loss of parking is not acceptable. This is an area of parking stress, exacerbated by students, and the requirement for residents' parking was recognized when the local CPZs were set up. I understand that the removal of The Burroughs car park from the project is being considered and I hope this will be confirmed.

It has been stated that the tenancies offered in University accommodation would not permit students to apply for Controlled Parking Permits for the HC1, HC2 and HC3 Zones. This would not only be discriminatory but contrary to the ruling in the Court of Appeal case of R (Khodari) v Royal Borough of Kensington and Chelsea Council and another [2017] EWCA Civ 333 (Khodari) which concluded that a planning obligation itself could not be used to remove a resident’s legitimate right to apply for a parking permit. An influx of just 100 more vehicles parking in the HC1, HC2 or HC3 CPZs would lead to greater congestion, anti-social behaviour and a decline in the local street scene.

An additional issue not raised as part of the consultation is the 193 parking spaces that already exist on the University campus site, as accessed through the entrance on Greyhound Hill. These are retained for use by staff and there has been no apparent consideration to use this valuable real estate asset for anything else. The proposals require the removal of car parking that is accessible to local residents and businesses but not staff parking. Ironically, the total number of parking spaces available at the University is greater than the number of public spaces being removed for the expansion.

The Hendon ward scores highly on the Public Transport Accessibility Levels (PTAL). Accommodating staff parking, therefore, is not an essential requirement for the functioning of the University. In fact, it should be part of the University’s estate that is considered first for any future development. Ahead of the UN’s COP26 climate summit to be held later this year in Glasgow, the UK government has accepted the Climate Change Committee’s (CCC) goal to reduce emissions by 78% by 2035 compared to 1990 levels. This is where Barnet Council and Middlesex University should be putting rhetoric into actions and plan accordingly for the future. The first step would be to reduce the amount of car parking at the University campus ensuring that staff use public transport, thereby cutting their carbon footprint and helping the environment.

Conclusion and lack of alternatives proposals

Given the number of people who have responded to the consultation and corresponded with me, I believe it has been demonstrated that residents do not want to lose the Library from its current location, they do not want tall buildings and they do not want additional students living in the locality. However, there is little doubt that the need exists to replace the outdated buildings like those on the Ravensfield/Fenella site - but the current proposals are University orientated and will do nothing to enhance or blend with the historic nature of the area.

The only proposal on offer is one whereby local residents will lose vital car parking facilities whilst the University mains its total number of spaces. A local animal hospital will be removed along with a community centre used by the elderly and a local Scout Group. Parking facilities for visiting the library and Town Hall will be removed. Students will be able to apply for parking permits, opening up an influx of traffic into local roads. The historic street scene will be irrevocably adversely affected.