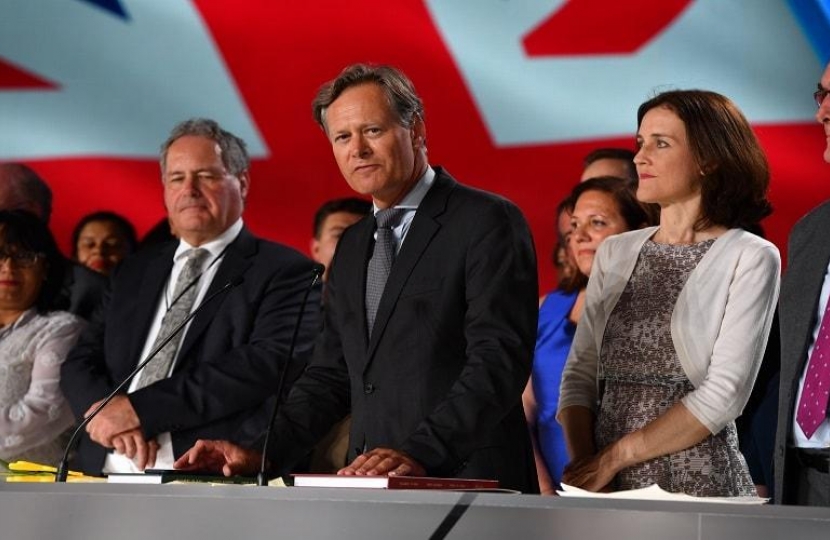 An Iranian official has been found guilty of planning a terrorist attack on a rally that was attended by British MPs, including Hendon MP Matthew Offord.

Assadollah Assadi, a 49-year-old diplomat based in Vienna and three others were convicted of plotting to bomb an event being held by the National Council of Resistance of Iran (NCRI)on June 30, 2018 in Paris that was attended by five British MPs.

In addition to Assadi, Belgian-Iranian couple Nasimeh Naami, 36, and Amir Saadouni, 40 were found guilty of possession of a half-kilo of TATP explosives and a detonator they were given by Assadi. Belgium-based Iranian poet Mehrdad Arefani was said to have been an accomplice of Assadi’s who had been due to guide the couple at the rally.

Assadi was sentenced to 20 years, the maximum term allowed while his accomplices received sentences ranged from 15 to 18 years.

Belgian officers halted the couple’s car with the bomb on board on the day of the event, preventing what NCRI’s legal team said would have been a “bloodbath”.

The annual event attracts over 10,000 people including senior leaders of the exiled NCRI and high-profile supporters from across the World.

Matthew said: “This individual would never have acted alone with every move supported and sanctioned by the Iranian regime in Tehran.

"The UK must now hold the leaders to account for their involvement in terrorism through prosecution and imposing punitive sanctions. In addition, the UK must proscribe the IRGC in their entirety to prevent another planned attack. This behaviour has to be stopped and by turning off the supply of money and resources we can do this.”