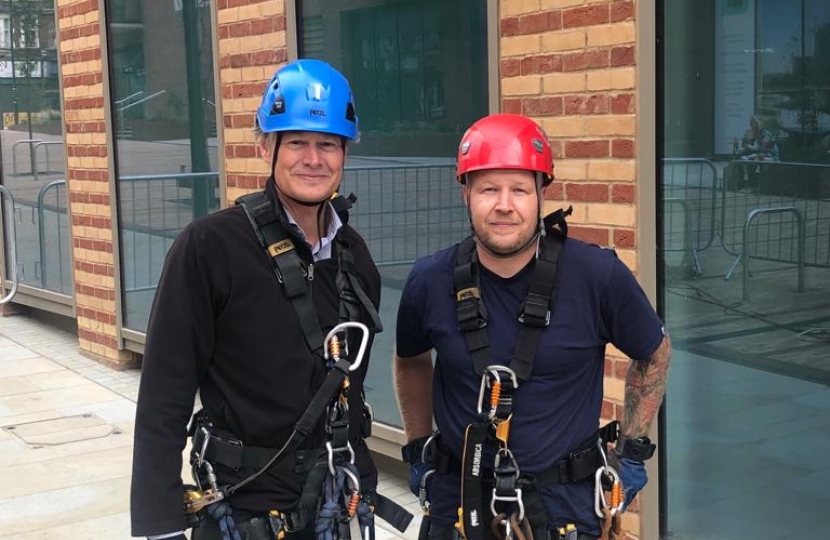 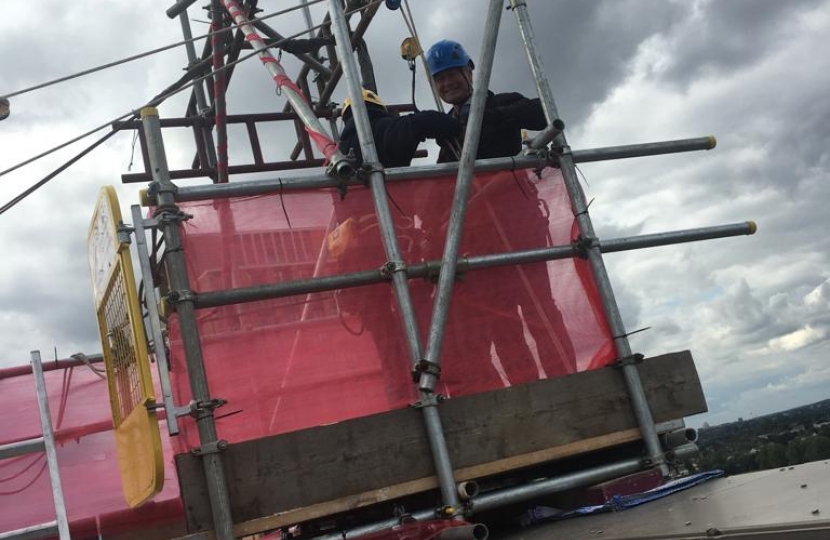 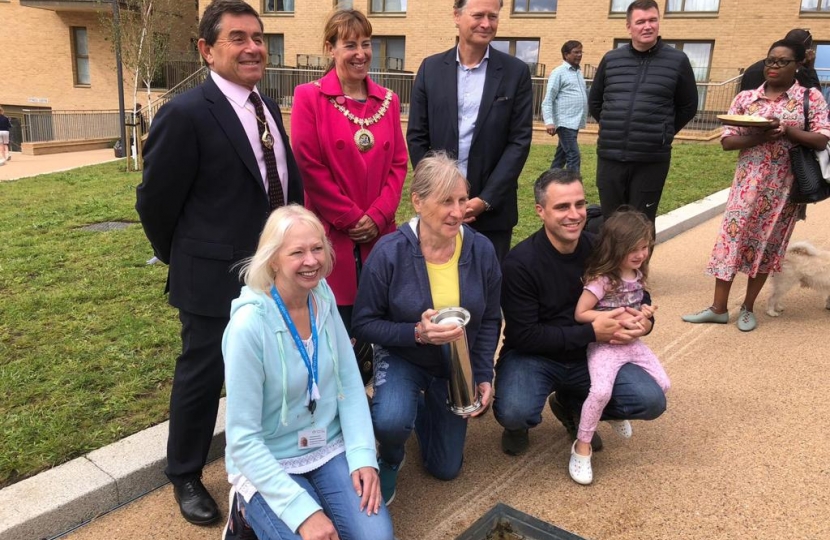 On a sunny Saturday afternoon, Matthew was delighted to attend the West Hendon Residents’ Association community fun day. In addition to the bouncy castle, children’s face painting, and an animal zoo, those present watched as Matthew, along with representatives of Barratt Metropolitan and a local resident abseiled down the side of one of the new buildings. In addition to this a time capsule was buried containing documents about the regeneration of the estate, information about the history of the area, local residents recollections and a disposal camera with pictures of the day’s events.

In what is hoped will be a regular event, Matthew made a speech in which he welcomed the changing nature of the area and the recent announcement that traffic driving on to the A5 will soon be able to turn right ensuring that cars and lorries will not have to pass through the estate. This will have a really positive effect on the quality of life for local residents as it will be only residents' vehicles which will use the roads.

Matthew said: “It was a great day and an opportunity for people to consider the improvements that have been made in West Hendon. Having been elected as a councillor in Hendon in 2002 and then MP, I have been at the forefront of the efforts to bring about the regeneration for local people for seventeen years.

"The difference between the properties then and now is astounding and many of the original critics of the scheme have now acknowledged the benefits which it has brought to the area. In addition to the children’s playground, a communal gym and the establishment of the supermarket, the Welsh Harp itself has been opened up giving greater access to more people.

"I am sure local people will continue to go forward in their efforts to build a strong and cohesive community through activities such as the fun day.”