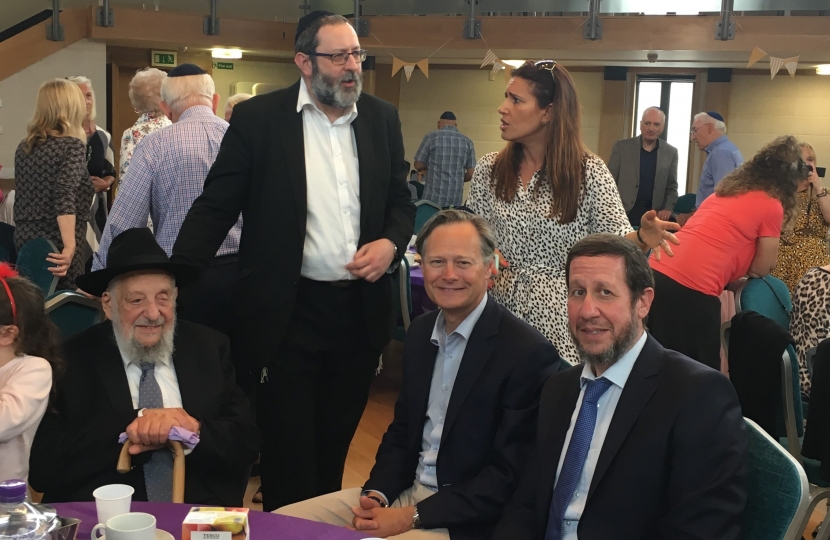 Matthew joined constituents and members of the community at the weekend for the 70th anniversary celebration for Mill Hill Synagogue.

Established in 1949, the Synagogue has been a permanent fixture of civic life in the Hendon constituency. Activities by congregants have included an annual Mitzvah Day, the first Chanukah candle in Mill Hill Town Square, and the application which led to the establishment of Etz Chaim school.

Speaking from the stage, Matthew said that the consecration of the Synagogue came in the year that saw the creation of NATO and the birth of Ozzy Osbourne - both very different events but unique in the world - like the Synagogue.

During the Synagogue’s history there has been three Rabbis - the second being Rabbi Koulter and the present Rabbi Schochet. Between them they have served for 58 years and both attended the celebration.

Matthew said: “It is hard to imagine what Mill Hill looked like when the Synagogue first opened its doors. But it is not just the passage of time that makes this difficult but also the people. Members of the congregation are progressive and forward-thinking and this has produced a dynamic community. I look forward to celebrating the next seventy years.”