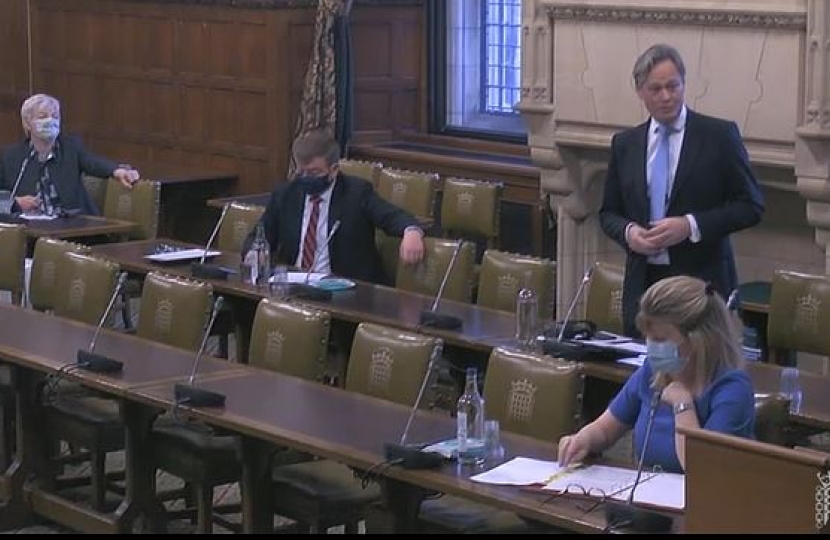 Matthew has called for a national strategy on eye health during a debate in parliament.

Matthew first became interested in eye health as a child when he had extreme myopia. He subsequently had two detached retinas and underwent cataract operations on both eyes. Since then he has campaigned on this issue on behalf of constituents and led his own debate on the subject in 2014.

Speaking in the recent debate entitled 'Eye Health and Macular Disease', Matthew said: "I have two asks of the Minister. The first is to establish, promote and publish a national eye health strategy for England. The second is to identify and allocate resources to ophthalmology so that we can say to our constituents that, when they need the NHS at a moment that could effectively end their productive life through the loss of their sight, we will be there for them."

The number of people waiting for treatment on the NHS for eye-related conditions has increased during the pandemic and Matthew is calling for the Government to invest in more eye clinic liaison officers through Written Questions to Ministers.

A full transcript of Matthew's contribution to the debate can be found here.