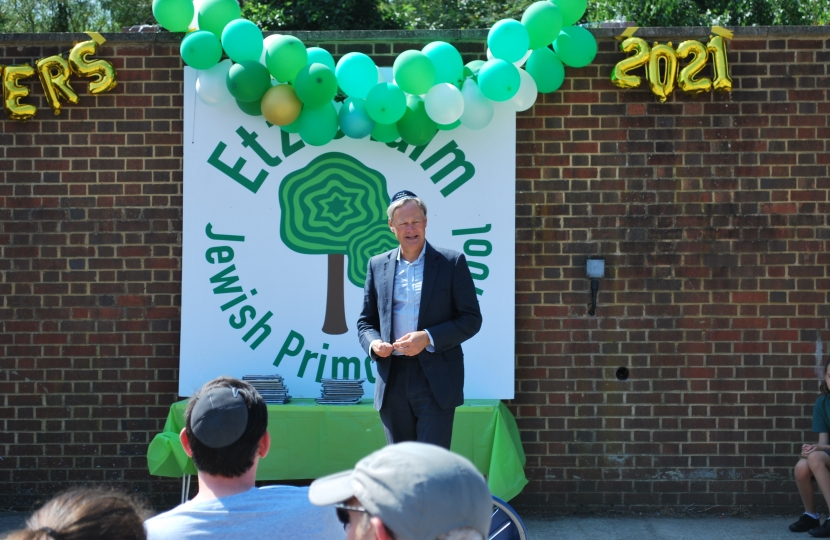 Matthew was pleased to attend the Year 6 Leavers' Assembly at Etz Chaim Jewish primary School in Mill Hill. It is only a decade since the school was created as one of the first sixteen Free Schools in the United Kingdom.

Established through the efforts of local parents and volunteers, the school was up and running within months in a temporary building whilst its current site was being constructed. Now, a decade later, the school is witnessing the first children who started at the nursery graduating onto the path of their secondary education. Far from being an ending this represents the beginning of the established Etz Chaim, now a school with a proven track record of success. That is one reason that makes Etz Chaim stand out as a real community school - the participation and involvement of many different people.

Matthew said: “Reaching the first decade is a milestone and a huge achievement. I want to congratulate - and wish Mazel Tov - to every pupil who has attended the school, the staff who have raised aspirations through their teaching, and to parents who made an inspired decision in sending their children to Etz Chaim.

"The school was one of the first approved and constructed by the Conservative-led Coalition Government and responded to the need for more school places in the Hendon constituency. I am very proud that the detractors and critics of the project were proved so wrong and efforts to establish the school have borne tremendous results. I look forward to the next ten years”.