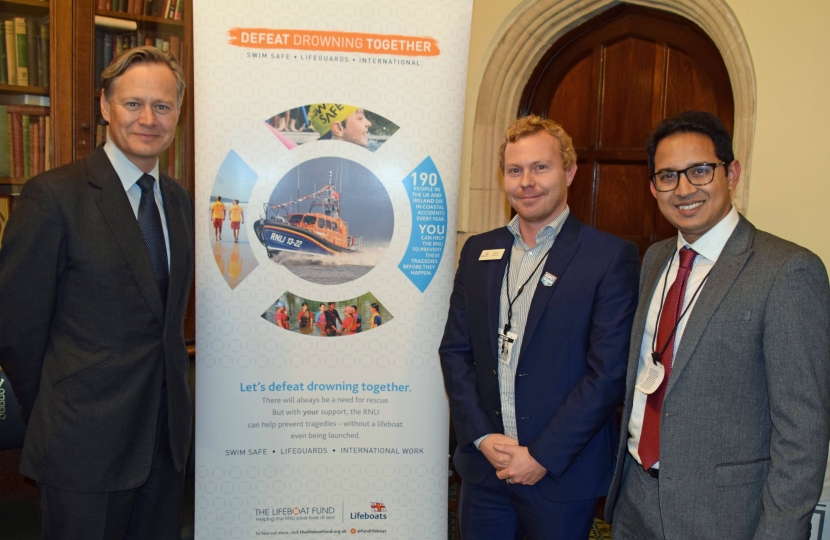 Matthew has helped launch the Lifeboat Fund in Parliament this week. The Lifeboat fund is a 151 year old charity for public servants to support the Lifeboats and largely funds the work of the Royal National Lifeboat Institution (RNLI),

The Parliamentary launch was organised by Jon Davies, Chief Executive of the Commonwealth Parliamentary Association and Lifeboat Fund Trustee, with the intention to encourage the thousands of people who work on the Parliamentary Estate to become more involved in fundraising for the RNLI.

Matthew said: "For many people, the RNLI are the fourth emergency service. Growing up in Cornwall I had a lot of contact with the RNLI – not as a victim but as a Beach Lifeguard.

"Now, since becoming an MP, I continue to have contact through recreational scuba diving and sailing. I’m proud of the work they do as they are an inspiration for public service – professional, selfless and most of all undertaking a task many people could not do."