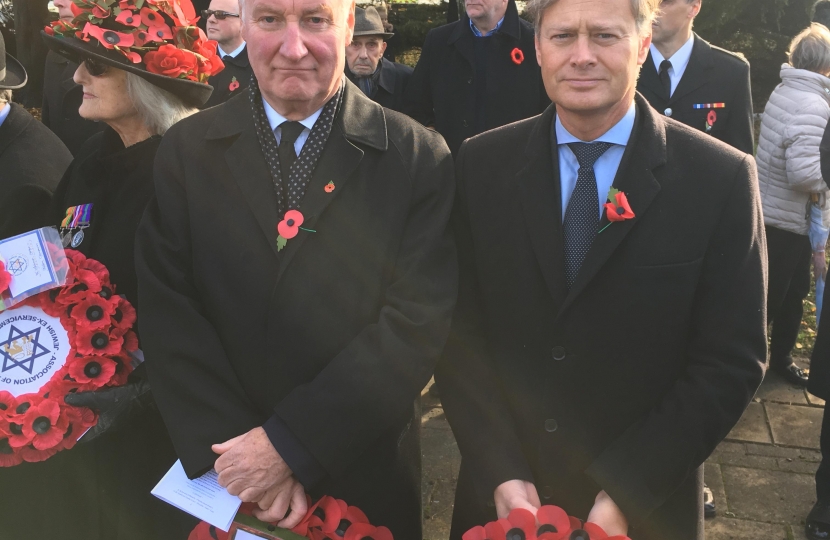 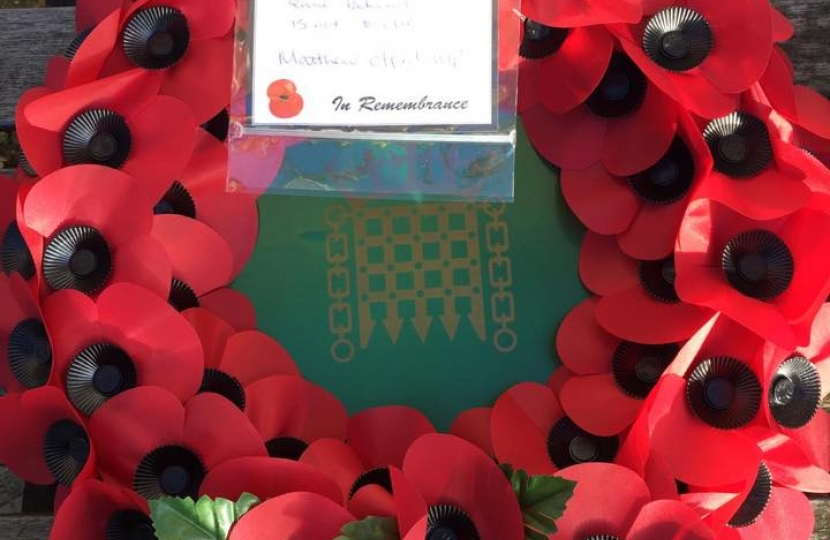 Matthew attended the Remembrance Service at Hendon War Memorial. This is an exceptional year marking the Centenary of the ending of the First World War and representatives from towns twinned with the London Borough of Barnet also attended.

To commemorate such a significant milestone, Matthew wore a Khadi poppy. This is a poppy identical to the Legion red poppy in all ways except the petals are made of khadi, a spun cotton cloth popularised by Mahatma Gandhi on his spinners no wheel.

When war broke out almost 1.5 million Muslim, Sikh and Hindu men volunteered with the Indian Expeditionary Force during the First World War. It was the largest British Empire Armed Force besides the British Army itself. The khadi poppy commemorates the sacrifice made by people from pre-partition India.

Matthew said: “It is often forgotten that many nationalities fought in the First World War for the United Kingdom, even when some were seeking independence in their homeland.

"The poppy marks the sacrifice so many people made on behalf of this country. It was especially poignant to have representatives from local authorities twinned with Barnet from Germany and France. Regardless of the war, many men, usually the young, died in the conflict on all sides.”