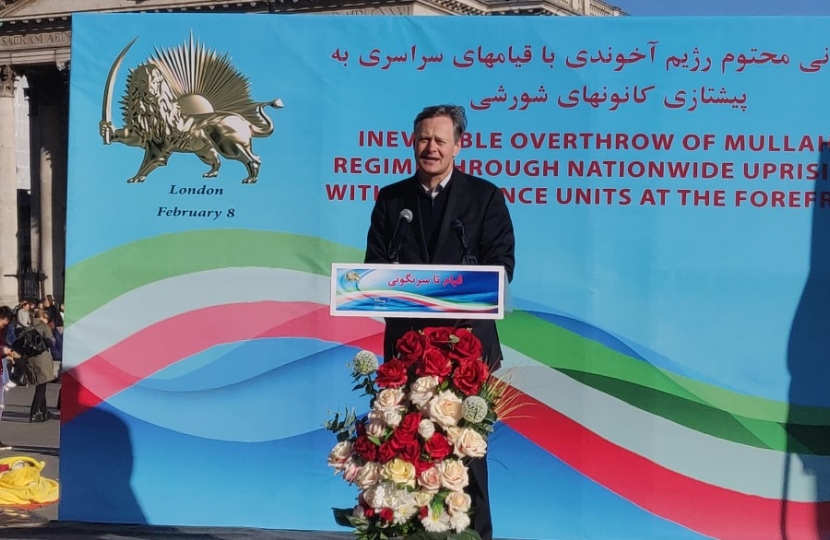 Matthew attended a rally of the members of the Anglo-Iranian communities and the National Council of Resistance of Iran (NCRI) on the anniversary of 1979 revolution and in support of Iran Protests.

In London, Anglo-Iranians and supporters of MEK and NCRI held a major rally in Trafalgar square.

In his speech, Matthew, who is a leading member of the British Committee for Iran Freedom said: “The wave of popular protests across Iran that the world has witnessed for the last two years, which senior officials of the regime including the Supreme Leader admit are organized by the main Iranian opposition, the PMOI/MEK, and their resistance units show that the Iranian people assisted by their pro-democracy opposition are determined to take back their country and the 1979 anti-monarchic revolution that the mullahs hijacked 41 years ago."