Matthew repeats calls for the proscription of Hezbollah 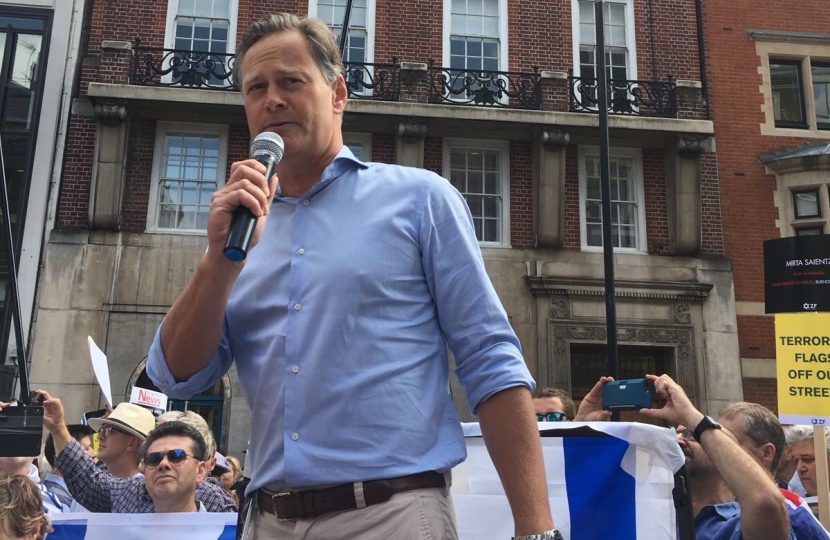 Attending a counter-protest to the annual Al-Quds Day rally, Matthew has repeated calls for the full proscription of the Hezbollah organisation.

The annual rally was marred by the display of Hezbollah flags and anti-Semitic comments over the state of Israel and Matthew has also urged the Government to ban the march in the future.

Since 2015 Matthew has been campaigning to demand that the political wing of Hezbollah is proscribed under the Terrorism Act and has made repeated representations to three Home Secretaries and the Metropolitan Police Service. Many people display the Hezbollah flag and claim that they are showing solidarity with the political wing of the organisation which is not proscribed. However, there is no difference between the symbols of each of these parts of the organisation. In January, Matthew also presented a petition in Parliament on behalf of Hendon constituents which received almost 1000 signatures.

Speaking to constituents and other attendees of the counter-protest, Matthew said: "We should not have to be here on the streets of London protesting against a terrorist flag.

"Hezbollah should be proscribed in its entirety under the Terrorism Act. There are not two wings as Hezbollah says."