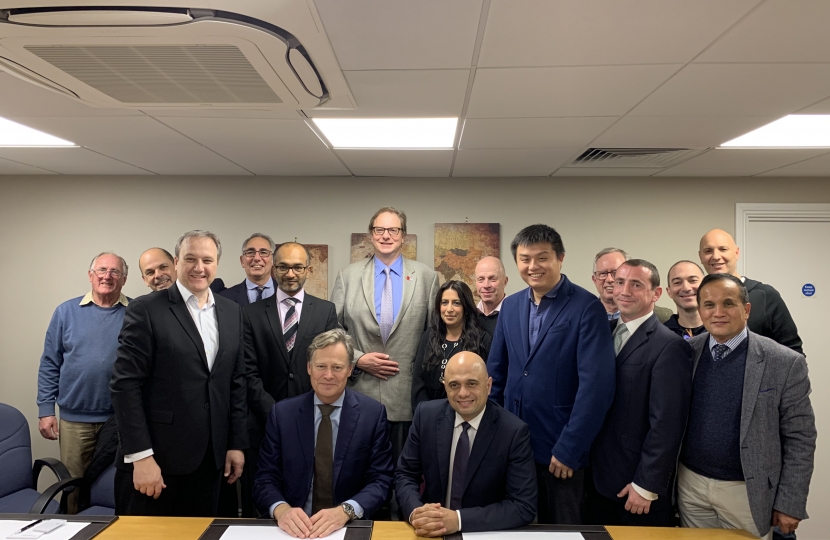 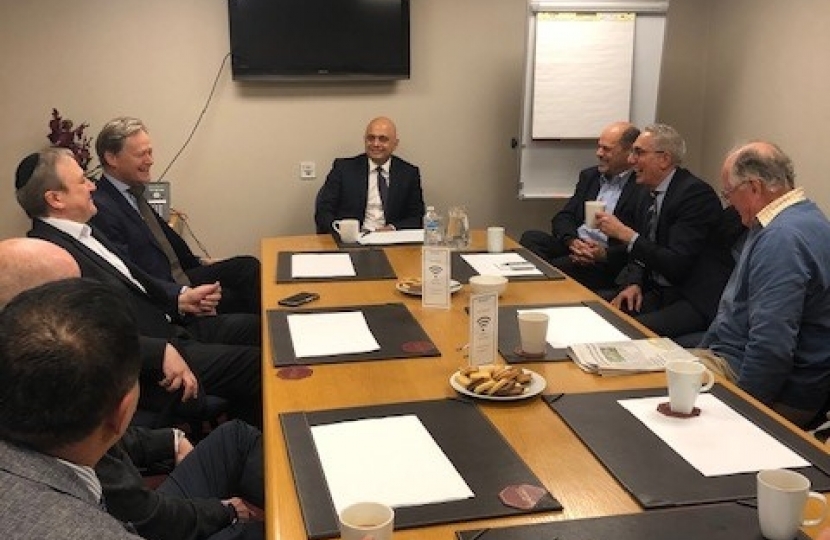 Matthew was pleased to introduce members of the local business community to the Chancellor of the Exchequer, the Right Honourable Sajid Javid, at a meeting in Mill Hill.

Attending were constituents working in the insurance, property, financial services, export, consumer and IT sectors. The Chancellor explained government spending plans and the likely effect of a Jeremy Corbyn government on the Hendon constituency.

Policies announced by the Labour Party have been costed to cost the country over £1.2 trillion over five years.

The Institute for Fiscal Studies said the spending splurge - equivalent to £9,000 for every adult and child in the country - would take borrowing to levels not seen since the 1960s, when Britain was still paying off its war debt.

Matthew said: “The election of a Corbyn government would really be the nightmare before Christmas.

"We could expect a run on the pound the day after the election leading to currency controls. Labour would not be able to fund their additional spending commitments - even with their plans to raise taxes. Current proposals would hit middle and high earners, including forcing higher earners to pay effective income tax rates of more than 67%. They would introduce a 'mansion tax' which would hit families in the Hendon constituency hard as would changes to inheritance tax allowances. We cannot afford a Labour Government.”