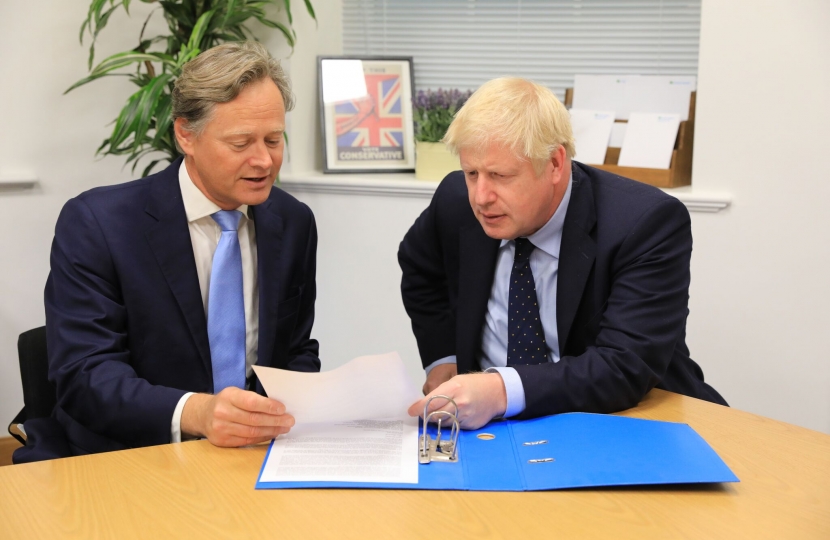 Matthew has warmly welcomed the Conservative Party manifesto launched by the Prime Minister. Increases in police officers, bursaries for nursing students, more doctors in GP surgeries, and more money for education are just some of the measures which will directly help the Hendon constituency.

Measures to encourage manufacturers to use recycled plastic and a commitment that the UK will become carbon neutral by 2050 is personally welcomed by Matthew.

Matthew said: “This is a sensible Manifesto that would set Great Britain on a clear path - getting Brexit done and allowing Members of Parliament to focus on the issues of importance to the public. We have had dither and delay for three years and now is the time for us to move on. This Manifesto will make that happen.”