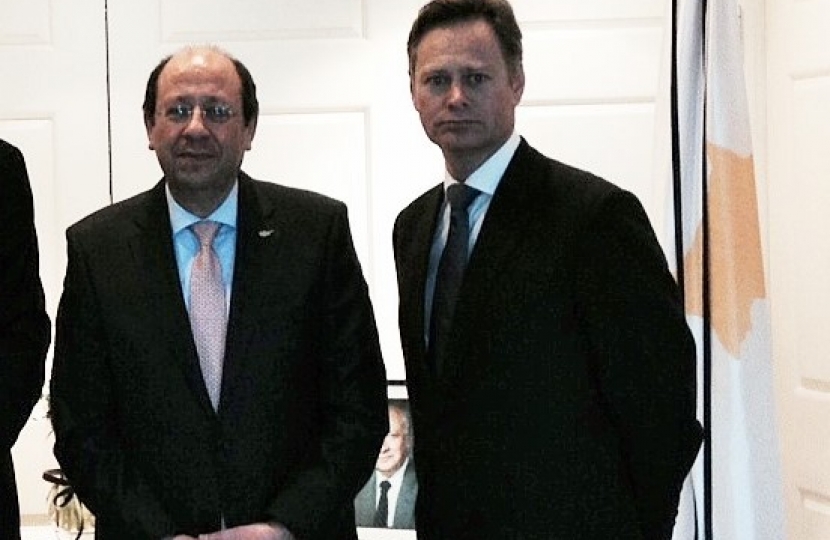 Matthew has received reassurance from the High Commissioner of The Republic of Cyprus that, subject to reciprocity, Cyprus will safeguard the rights of British citizens living and working in Cyprus following Brexit. The High Commissioner also confirmed that UK citizens in Cyprus will continue to enjoy equal health care rights and will be able to claim healthcare benefits on the same eligibility criteria as Cypriots.

Matthew had written to the High Commissioner expressing concern about reports in the UK press that, after the UK leaves the European Union, Cyprus intends to make a financial charge against British nationals who are settled in Cyrus to register their residence, despite the UK Prime Minister announcing that any application fee against EU nationals residing in the UK, including Cypriots, would be waived.

The High Commissioner responded that all applicants applying for a form of residence registration, whether they be from Britain or any other EU member state, or any third country, are required to bear the cost of the required service and there would be no change to this policy after Brexit. He also stressed that British citizens who have already applied for their certificate of registration will not have to reapply after the UK’s departure from the EU.

Matthew said: “I was pleased to receive the High Commissioner’s assurance that, following the UK’s exit from the EU, British citizens living in Cyprus will have their rights safeguarded and that the process and procedure for registration will remain the same as for EU nationals.

"On the repeated visits that I have undertaken to meet representatives of the Cypriot government, I have always welcomed the recognition of the special relationship between the UK and Cyprus based on our joint history. I look forward to that special relationship continuing.”