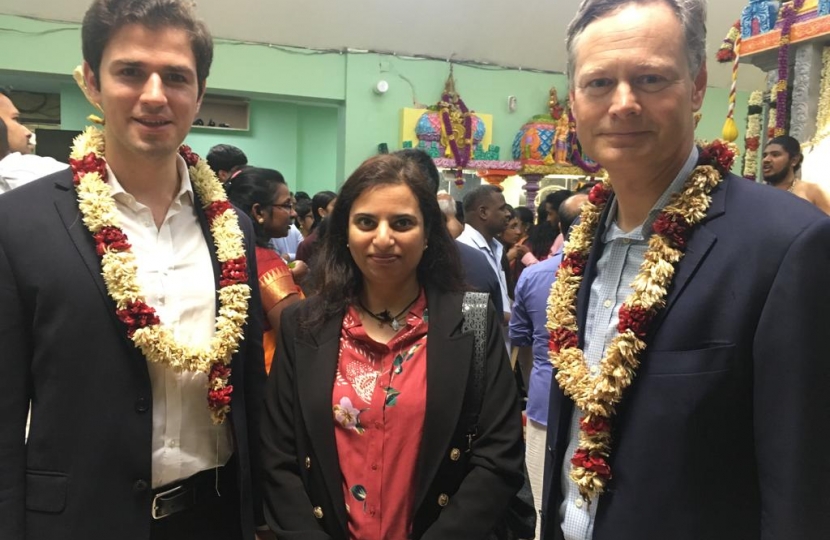 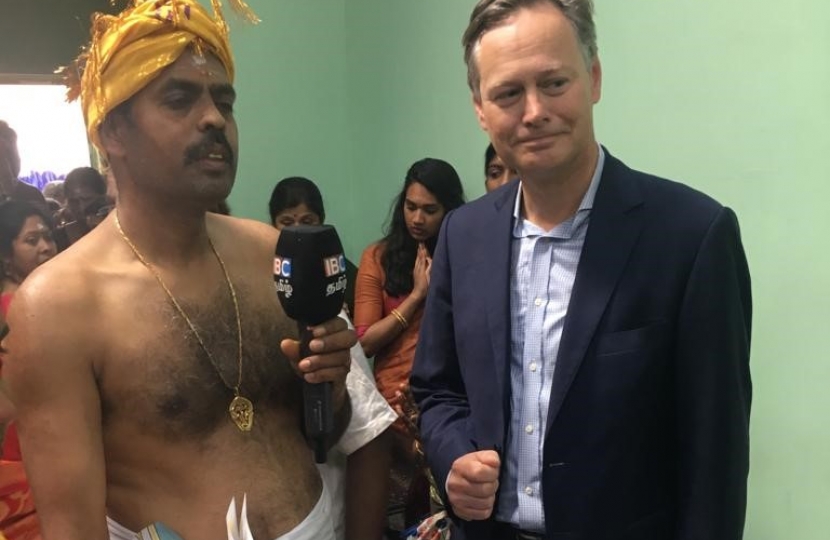 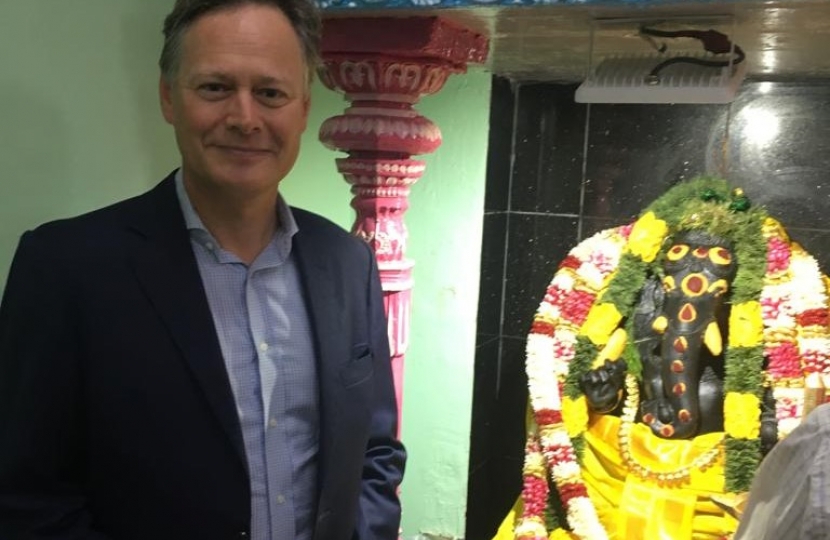 Matthew was delighted to visit the Sri Jeya Veera Hanuman Temple as it moved to a new address in West Hendon Broadway. This was to witness the Kumbabishegam of the Hanuman deity, a ritual that seeks to homogenize, synergize and unite the mystic powers.

Hanuman, the Hindu monkey god, is renowned for his ability to inspire followers to face ordeals and conquer obstructions in their own lives.

The deity is bathed with the charged and sanctified holy waters in the sacrificial pot and, by a mystic process, pranic healing powers trickle down a silver wire and enter the deity installed inside the sanctum sanctorum of the temple. The deity, which was until then only a granite sculptured stone image, is believed to transform into a vibrant and vivid living representation of the deva with innate beatitude, grace and grandeur, conferring divine blessings on all devotees.

Many of the temple’s worshippers are of Sri Lankan heritage, a country that Matthew was pleased to visit as part of a Parliamentary delegation.

Matthew said: “The Kumbabishegam is symbolic of the rebirth of West Hendon estate, where the original temple was located. With new homes, new shops and new places of worship, a new community is beginning to emerge. The area is looking better and I hope attention is now focussed on the Broadway itself making it a more attractive part of the borough.”